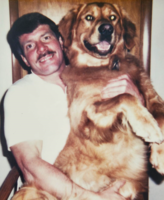 HORNELL: Peter S. Auringer, 66, passed away at his home in Hornell on August 23, 2020. Dr. Peter Stephen Auringer was born on May 14, 1954 to Betty (Barnes) Auringer and Dr. Edward M. Auringer in Hornell, NY. He spent his youth enjoying boy scouts, fishing, and playing sports. Pete developed a love for physical health early-on and appreciated weightlifting with the neighborhood crowd on the second floor of the Auringer’s garage on Maple Street. Peter’s life was enriched with educational goals. In June of 1973 he completed his high school education at The Hill School in Pottstown, PA. Peter went on to earn two bachelor’s degrees in physical education and psychology from St. Lawrence University in 1977. He had a talented career in competitive wrestling at both schools. Peter earned his master’s degree in physical education from Syracuse University in 1979. He completed his doctorate in education at Syracuse in 1987. Peter was employed as an athletic director for Letchworth, then Cato-Meridian central school districts before becoming the athletic director at Goshen High School in December 1995. From August 1999 – December 2012, Peter worked at Lock Haven University as an Assistant Professor in the Health and Physical Education Department. Pete thoroughly enjoyed coaching the women’s rugby football team and spoke affectionately of his “ruggers”. In 2002 he received a Spotlight in Excellence Leadership Award for ‘Organization Advisor of the Year’ for the Lock Haven University Women Rugby Football Club. Peter loved his students and spent time not only teaching but listening and caring about his student’s future. In February 2013 Peter was granted Emeriti status upon his retirement from Lock Haven University after thirteen and a half years. He returned home to Hornell in 2013 and enjoyed a quiet retirement with his latest canine companion Murray, who will miss him dearly. Peter will be remembered for his love of animals and respect for education and athletics. He held a fondness for classic cars and classic movies. He gave the best compliments and provided sage advice. He was known for his savage sense of humor and amazing anecdotes. Pete had a knack for finding the perfect card and never missed a birthday. In his spare time, Pete enjoyed catching huge fish, watching sporting events on and off campus, growing beautiful roses, and always being in the company of a dog. Although a private person, Pete was truly a family man. He is predeceased by his parents and enjoyed sharing memories of them regularly. Also predeceased by his beloved canine companions, Duke and “Dr.” Ted. Peter jokingly stated that he enjoyed waking every day to a “beautiful blonde” (his golden retrievers). Peter is survived by his big brother John (Eileen) Auringer and his niece and nephew Dr. David (Noreen) Auringer and Dr. Katherine (Murali) Naidu. His sister Ann (Jon) Gardner and nephew Stephen (Yvonne) Harris, Elizabeth Potter, and Abigail (Patrick) Shea. His younger brother Dr. Sam (Lynn) Auringer, nieces Dr. Emily (Phillip) Adesso, Sarah (Michael) Cross, and nephew William Auringer. He is also survived by grand nieces and nephews. The family cannot begin to extend adequate thanks and praise to Scott Johnson and Colby Moore for being the best neighbors, friends, and caretakers of Pete in his final months. The family also thanks the CareFirst team –particularly Rachel – who provided immeasurable skill, advice, comfort, and care to Peter and his family. There will be no visitation or funeral service. Peter will be laid to rest with his parents in Glens Falls, NY. with a private family gathering. Memorials can be made to St. Jude’s Children Hospital or an animal shelter of your choice in his remembrance.