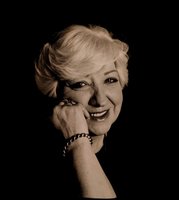 SACHSE, TX/GREENWOOD: Esther "Ometta" (Summers) Murray, 77, of Sachse, TX. passed away Saturday, March 6, 2021, at the Methodist Medical Center in Richardson, TX. Ometta was born January 14, 1944 and raised in Kirksville, MO. She met and married Stanley Murray who survives and was a Greenwood, NY native, in Kirksville while he served in the U.S. Air Force. They had two daughters, Raven Lanette (Murray) Arceneux who was born in 1965 and Esta Denise Murray born in 1967. The four of them began an adventure and traveled the world. Every place they lived Ometta made it home. They lived in El Cajon CA, Brindisi Italy, Bangor Maine, Beale AFB CA, Woomera Australia, Aurora Colorado, Anahiem CA, Randolph NJ. Ometta and Stanley made their final move to Sachse Texas where they finally settled down and lived for 22 years. Ometta had impeccable taste in perfume, jewelry, clothing and housewares. She was always good for a hint or secret to make a task easier, enrich a recipe, or ensure that something was perfect. Her hints from ”Ometta” were legendary. Everyone she met she made a part of her extended family. Her friendships were life-long and treasured. Her family meant the world to her including her husband, daughters, sons-in-law (Randal Arceneaux and Don Hudson), four grandchildren (Michael Stevens Polk II, Derek Ray Arceneaux, Danielle Renee Arceneaux, Austin Murray Polk) and one great-grandson (Trey Clark Arceneaux). The family will receive friends from 3-5 pm Friday, March 12th at the H.P. Smith & Son, Inc. Funeral Home in Canisteo. A Mass and Christian burial will take place Saturday at 10:30 am at St. Mary’s Catholic Church in Rexville. Burial will be in Greenwood Cemetery, Greenwood, NY. Masks and social distancing will be required at both the funeral home and church.