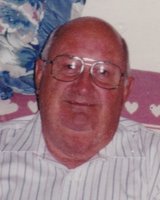 GREENWOOD: Seymour D. Heckman, 89, of Ste. Rte. 248 passed away peacefully Tuesday morning (March 9, 2021) at home following an extended illness. Seymour was born January 17, 1932 in the town of Jasper to the late Howard D. and Ruth E. (Grist) Heckman, Sr. On January 12, 1952, in Greenwood, he married the former Paddy A. Shirley who predeceased him in April of 2007. Seymour was a veteran of the U.S. Air Force serving our country proudly from 1950 - 1953. He was a life-long resident of Greenwood where he raised his family and had worked at Air Preheater in Wellsville for several years. Seymour was an avid hunter and when he couldn’t hunter in later years was still a part of deer camp. He and Paddy loved to camp and travel and winter in Florida. Hobbies include collecting coins, woodworking and metal fabrication. He also enjoyed watching NASCAR racing. He was a member of the Greenwood American Legion and life member of the Canisteo American Legion. Survivors include four sons, Steve (Marcella) Heckman of Andover, David Heckman of Greenwood, Randy (Brigid) Heckman and Timothy (Amy) Heckman all of Rexville. One daughter Pamela Mueller of Greenwood, two brothers James Heckman and Howard D. Heckman, Jr. (Carolyn) all of Jasper, 12 grandchildren: Justin Heckman, David S. (Judi) Heckman, Craig Heckman, Kristopher Heckman, Ryan Heckman, April Heckman, Autumn Heckman, Samantha Heckman, Sean Heckman, Savannah and Angela Heckman and Katie Speed, 6 great-grandchildren and several nieces and nephews. He was predeceased by a brother George Heckman and son-in-law James Mueller. The family will receive friends from 7-9 pm Friday, March 12th at the H.P. Smith & Son, Inc. Funeral Home in Canisteo. Private funeral and committal services will be at the convenience of the family. Burial will be in Greenwood Cemetery, Greenwood, NY. Masks and social distancing will be required at the funeral home. Memorial contributions in Seymour’s name may be made to the Greenwood Volunteer Fire Dept. 751 Andover St. Greenwood, N.Y. 14839.