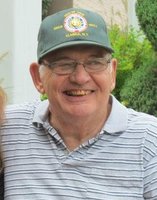 CANISTEO: John H. Price, 79, of Dunning Rd. passed away peacefully Sunday afternoon March 14, 2021 at Strong Memorial Hospital in Rochester following a brief illness. John was born January 25, 1942 in Equinunk, Pa. to the late George E. and Angeline L. (DeLucia) Price. On July 7, 2007 in Canisteo, he married the former Mary Jo Herbert who survives and resides in Canisteo. John spent the better part of his life in Canisteo where he raised his family and worked as a union electrician for the IBEW Local #139 out of Elmira. John’s interest included gardening and being able to travel to all the states in the union except Alaska. His family and friends would tell you he was also passionate at fishing and playing golf across the entire country as well as locally. He was a member of the Hornell Association and a social member of the Canisteo American Legion. John had a pleasant smile and a great sense of humor along with an extra helping hand that will be sorely missed. John is survived by his wife Mary Jo of Canisteo, two daughters, Dawn Porter of Arkport and Amberly Price of Canisteo, one son Michael Price of Canisteo, daughter-in-law Dawn Price of Canisteo and a sister Lorraine Rone of Baudette, Minn. 6 grandchildren, 6 great-grandchildren and his beloved companions Mitzi and Daisy. He was predeceased by his son David Price in 2014 and daughter Jenetta Price in 2018. At John’s request there will be no calling hours or services at this time. A celebration of life will be planned at a later date. Memorial contributions in John’s name may be made to the Hornell Area Humane Society, 7649 Industrial Park Road Hornell, NY 14843.