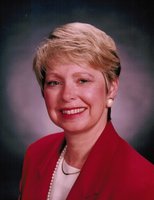 Diane Y. Dalrymple passed away on Sunday, April 18, 2021 in the Harrisburg Hospital in Harrisburg, Pennsylvania. Diane was born in Reading, Pennsylvania on October 22, 1944 and she was married to Keith Dalrymple – President of Community National Bank in Addison, New York. Diane is predeceased by her father, Elwood I. Sheaffer; her mother, Evelyn H. Sheaffer; and her brother, E. Brent Sheaffer. Diane was a graduate of Albright College in Reading, Pennsylvania. She taught school in New Jersey and became a Buyer for a major department store. As a buyer, Diane traveled throughout the United States and Europe, primarily France, Italy and Germany. Thereafter, she opened a Women’s Apparel Shop known as Act of the Will in Spring Lake, New Jersey on the Jersey Shore. Diane met Keith Dalrymple in New York City when he was at the Waldorf Astoria Hotel for the Annual Midwinter Meeting of the New York State Bankers Association on the third Thursday of January in 1980. After Diane met Keith, they had dinner at the Tavern on the Green in New York City’s Central Park, and they were married on July 5, 1980 and moved to Upstate New York. Diane became a professional volunteer that included her service on the Red Cross Board and she became a Docent (a Latin word meaning “to teach”) at the Corning Museum of Glass. Diane loved to travel with her husband throughout the U.S. and Canada when he was President of the Independent Bankers Association of New York State and President of the American Association of Bank Directors. Diane is survived by her husband, Keith L. Dalrymple; daughter-in-law, Lisa J. Jones; son-in-law, Thomas E. Jones; and grandson, Marcus K. D. Jones. A small family service and burial will be held at the Woodhull Cemetery in Woodhull, New York on Saturday, April 24, 2021. The Dalrymple Family is being served by the H.P. Smith & Son Funeral Home in Woodhull, New York.