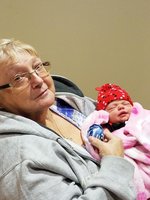 Anna L. Raub, 74, of St. Rte 417, Addison, NY passed away on Tuesday, April 20, 2021 at Strong Memorial Hospital in Rochester. Born at the Brooklyn Naval Yards on Mach 13, 1947, Anna was the daughter of the late Joseph and Vera Burgess. As a child, Anna’s family moved to Wellsville where they made their home. Anna graduated from Wellsville High School. In June 1963, Anna and Herbert L. Raub Jr. were married in Wellsville. Anna was a homemaker and stay at home Mom for many years until she decided to continue her education and pursue her dream of working in nursing. She attended Corning Community College and earned a degree in Nursing, attaining certification as a Registered Nurse. She was employed at Corning Hospital for over 20 years working as an RN. In retirement, she and Herb enjoyed traveling and would winter in Homosassa, FL and spend summers at Allegany Mountain Resort in East Otto, NY. Surviving is her husband, Herbert Raub Jr., her daughters, Lisa Gruetter and Deborah Henry, her son in law, Mike Gruetter, her grandchildren, Jared Gruetter, Ryan Gruetter and Krysti Henry and great grandchildren, Taylor Henry-Predmore and Alexander Jameson Gruetter. The family will receive friends on Thursday, April 22 from 9 to 11 am at the H.P. Smith & Son Funeral Home, 1607 Main St. Woodhull, NY. Burial will be made in Woodhull Cemetery.