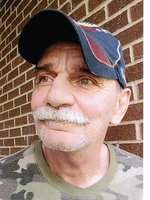 Stanley D. “Stosh” Houghtaling, 66, of Stead School Road, Tuscarora, passed away at home on Friday evening following a long period of ill health. Stan was born in Corning on September 14, 1954, son of the late Steaphen D. and Esther Cook Houghtaling. He attended Addison schools. Stan worked most as his adult life as an auto body technician including time with his father’s business, Houghtaling’s Garage in Addison and also Stiker’s Auto in Addison. He spent several years working for Tom’s South Corning Collision in South Corning. Stan was an avid hunter, loved cars and enjoyed NASCAR, being a big Mark Martin fan. He loved to spend time with family and friends and always knew how to have a good time. He is survived by his siblings, Dennis (Sandy) Houghtaling of Addison, Cindy (Mike) Burns of Columbus, Ohio and Darcy Hanes of Addison, sister in law, Charlotte Houghtaling of Addison and nieces and nephews, Debbie and Dean Wilson, with who he had made his home, along with, Mikki (Chris) Snyder, Mitzi (Randy) Loscig, Terry Houghtaling and Steaphen L. Houghtaling. He was preceded in death by his parents and his brother, Steaphen Houghtaling Jr. A memorial service organized by his many friends will be held on Saturday, July 24, 2021 at the Addison American Legion on Maple St. in Addison. Stan will be laid to rest in Addison Hill Cemetery, Tuscarora. Arrangements are with the H.P. Smith & Son Funeral Home in Woodhull.