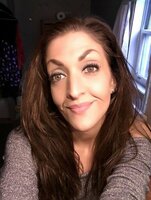 Crystal Dawn Soporowski, 42. of Corning, NY, entered into rest on Tuesday, August 24, 2021 at the Arnot Ogden Medical Center in Elmira. Born in Perth Amboy, New Jersey of September 12, 1978, Crystal was the daughter of Edward S. and Deborah A. (Gaillard) Soporowski. Following high school, she studied nursing. Crystal had worked as a self-employed housekeeper and had also been employed by Wegmans and Ira Davenport Hospital. She was a kind, honest and genuine woman who would literally give someone the shirt off her back. Her children considered her the greatest woman that they knew. Crystal was a very talented artist and had always attributed her artistic skills to the inspiration given her by her former Addison art teacher, Hal Sisson. She loved animals and might be seen rescuing injured animals along the roads, often putting her own safety in peril. Crystal is survived by her loving children, Sophia Soporowski, Gabriell Soporowski and Amelia Soporowski, her mother and husband, Deborah Soporowski and Nate McChesney of Addison, her brothers, Edward Soporowski of Addison and Timothy (Teresa) Soporowski of Savona, her sister, Julie Soporowski and several nieces and nephews. Crystal was preceded in death by her father, Edward S. Soporowski Sr. and her grandfather, Benjamin John Gaillard. The family is planning a private celebration of life in memory of Crystal. The family is being served by the H.P. Smith & Son Funeral Home in Woodhull, NY.