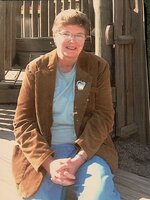 CANISTEO/HORNELL: Marlene J. Glover, 86, previously of Laine Rd. in Hornell and Union St. in Canisteo, passed away Thursday evening, March 31, 2022 in Schenectady where she had resided since 2018. Marlene was born October 15, 1935 in Whitesville, the daughter of the late Harlan and Christine Waters, and attended what was then Greenwood Central School. In August of 1952 she married William “Bill” Glover of Andover who passed away in March 2018. After they married, Marlene and Bill lived in a number of locations in the United States and in Germany while Bill served in the U.S. Air Force. They returned to the area to live in Greenwood and Canisteo, and later lived in the Harrisburg, PA area and in Bitburg, Germany before retiring in Hornell. Marlene worked as a bank teller in Canisteo and the Harrisburg area, and as office manager of Affordable Insurance which she and Bill owned and operated from their home in Harrisburg. Marlene and Bill were former members of the Canisteo Rotary club and were actively involved with the coat drive for the community. They also volunteered time with area food banks. Her other interests included gardening, photography and traveling, with past visits to Germany, Switzerland, England and various destinations in the United States. Marlene is survived by a daughter Rebecca Donovan of Schenectady, two sons, Michael (Kathleen) Glover of Jackson, WY and Todd Glover of Enola, Pa., five grandchildren, Joshua (Karen) and Trevor Donovan, Brian, Mary Christine and John Glover, and one great grandchild, Amelia Donovan. Marlene was predeceased by Bill and by an infant daughter Linda Glover. The family will receive friends from 1-3 pm Saturday, May 14th at the H.P. Smith & Son, Inc. Funeral Home, 29 East Main St. in Canisteo, a memorial service will follow at 3:00pm. Burial will be in Greenwood Cemetery, Greenwood, NY. Memorial contributions in Marlene’s name may be made to either the Alzheimer’s Association, 225 N. Michigan Ave., Fl. 17, Chicago, IL 60601, or the Arthritis Foundation, 1355 Peachtree St. NE, Suite 600, Atlanta, GA 30309.