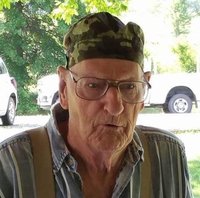 Milt was born on September 7, 1937 in Troupsburg, NY to the late Howard J. and Callie M. (Stuart) Miles. He was one of ten children and the last of his siblings.

As a young man, Milt enlisted in the US Marine Corps but was honorably discharged during basic training due to a medical condition. In 1955 he began a 42 year long career with Corning Inc. where he worked as a glass mechanic. He retired in 1997. He operated a scrap metal  business on his farm on the Hubbard Road for many years.

Milt was a lifelong member of the Rathbone United Methodist Church and a life member of the American Flint Glass Workers Union. In 2016, Milt was recognized as the Rathbone Citizen of the Year. An avid fisherman, Milt enjoyed fishing and the preparation of his catch for a meal. Having no children of his own, he often included his nieces, nephews and neighbors in his fishing activities.

He is survived by his close nephew and wife, Duane and Stacy Miles of Addison as well as sisters in law Loretta Miles, Mildred Miles and Margie Miles and numerous other nieces and nephews whom he adored.

Friends may call on Wednesday, June 26 from 5 to 7 pm at the H.P. Smith & Son Inc, Funeral Home, 1607 Main St. Woodhull, NY. Funeral services will follow there at 7 pm with Pastor Morris Gridley officiating.