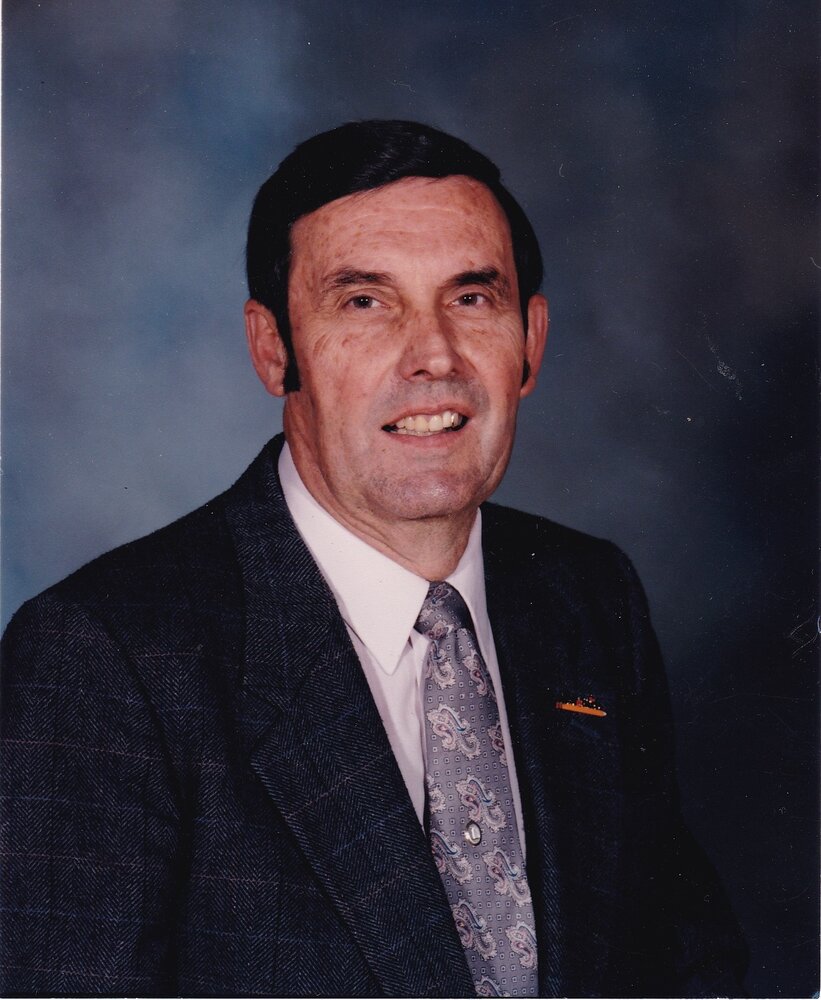 Please share a memory of Clair to include in a keepsake book for family and friends.
View Tribute Book
JASPER: Clair E. Lewis was called home on October 17, 2021 to be with the Lord, whom he loved and served. He was born February 24, 1932, to the late Glenn and Genevieve (Wilkerson) Lewis of Troupsburg, NY. On June 14, 1952, Clair married his high school sweetheart, Beverly Elaine VanOrsdale, who survives him. Theirs was a 69-year marriage. Clair is also survived by four children: Dana (Donna) Lewis of Canisteo, NY; LuAnne Lewis (husband Les Ballard) of Smithfield, Virginia; Van Lewis of Portsmouth, Virginia; and Joanna Lewis Moskeland of Bath, NY. Clair enjoyed his grandchildren: Brandon Lewis Ballard of Norfolk, Virginia; Andrew Lewis Ballard currently studying in Pittsburg, PA and Annalyse Dawn Moskeland-Small (Michael Small) of London, England. Brother Carl (Zona) Lewis lives in Corfu, NY. Clair was predeceased by his sister, Roberta Prutsman. Also surviving Clair is his sister-in-law, Anna White of Greenwood as well as many nieces and nephews. As a youngster Clair worked on the family farm. He graduated from Troupsburg Central School in 1949. Clair earned an associate degree in Accounting from Corning Community College and was employed at New York State Electric and Gas in Corning and Elmira for 10 years. He went on to obtain a bachelor’s degree from Mansfield University and his master’s in Education Administration from Brockport State University. While pursuing his degrees, he became certified by Cornell University as a milk tester and was associated with the New York State Dairy Herd Improvement Association. Clair was a teacher for many years, as well as the Chairperson of Special Education in the Jasper-Troupsburg School District. Clair was a former long-term member of the United Methodist Church of Troupsburg as well as a certified lay speaker for the Methodist Conference. Currently he is a member of the United Church of Jasper and has also been an associate with The Gideons International. Clair enjoyed 38 years as a member of the Maple City Chorus Barbershop group. He also sang tenor in the church choir and various community cantatas. On July 4th, 2012, Mr. and Mrs. Clair Lewis were presented the “Lifetime Achievement Award” at the Jasper Old Home Day. This was in recognition of “…outstanding service to the community and for all (their) hard work throughout the years.” Clair’s was a life well-lived and will have a lasting impact on many. He will be missed. Calling hours will be at the H.P. Smith and Son, Inc. Funeral Home 29 East Main St. in Canisteo, on Friday, October 22, 2021, from 1 - 3 and 6 - 8 pm. Funeral services will be held at the United Church of Jasper, NY at 11:00 am. on Saturday, October 23, 2021. Private graveside prayers will follow in Mt. Hope Cemetery in Troupsburg. Memorial contributions in Clair’s name may be made to either the Maple City Chorus Barbershop Group, c/o John Schoonover, 151 Wellsville, NY 14895 or to the United Church of Jasper, Main Str., Jasper, NY 14855.
Friday
22
October

Share Your Memory of
Clair
Upload Your Memory View All Memories
Be the first to upload a memory!
Share A Memory
Plant a Tree