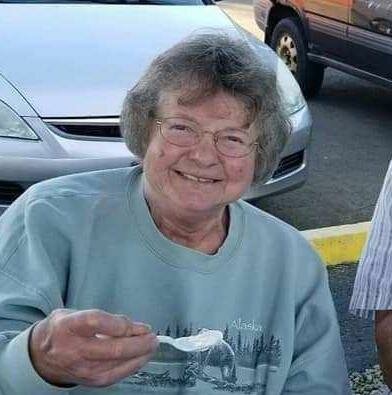 Please share a memory of Sharon to include in a keepsake book for family and friends.
View Tribute Book
Sharon R. Clark, 74, of Connect 55 Apartments, Painted Post, NY, entered eternal rest on Tuesday October 5, 2021, at Strong Memorial Hospital in Rochester, NY. Sharon was born in Corning, NY on April 12, 1947, the daughter of the late Robert and Eleanor (Abendschein) Klinkman. Sharon was the oldest of six sisters that have remained incredibly close through their lives even though some were separated by 1,000s of miles. Sharon graduated from Addison Central School in 1965 where she was a cheerleader and trumpet player. She has remained close friends with many of her classmates. Sharon attended Corning Community College until she opted to marry a handsome soldier that swept her off her feet. On December 19, 1965, she and William (Bill) Clark were married at the Painted Post Presbyterian Church. The next 12 years were dedicated to motherhood prior to Sharon starting a career as a bus driver where she drove for 10 years in the Corning School District picking up students in her then hometown of Hornby. After their kids were grown, she and Bill moved to Erwin, very near Sharon’s parents and childhood home, and she started driving school bus for the Addison School District until her retirement. While living in Erwin they were very active members of the Presho United Methodist Church and spent time helping Sharon’s parents. After retiring Sharon and Bill purchased a home on the Wells Road in Woodhull. The view from the elevation of 2,000 feet was spectacular and prompted the desire to build wrap-around porches for enjoying coffee cup sunrises and ice cream sunsets. This was the site of many family holiday gatherings, weddings, celebrations, and laughter that could be heard trickling down the hills. In retirement they became very active in the Woodhull Community Friends Senior Citizen group and were also very dedicated and involved members of the Boyd's Corners Bible Church in Jasper. Bill passed away in 2018 after 53 years of marriage and Sharon moved to the Connect 55 apartments where she was able to spend time with several people she already knew and made many new friends while playing euchre and putting together challenging puzzles. Sharon began attending the First Baptist Church in Addison where she had other relatives in attendance. Sharon is survived by her children and their spouses, Sheila and Todd Burgess of Hornby and Steve and Darlene Clark of Hilton, pseudo-adopted sons Eric Brady and Paul Sheerer, her grandchildren, Amber Pierce, Allison Pierce, Jessica (Wayne) Robertson, Tia Clark and Maverick Clark, her great grandchildren, Grant and Grace Robertson, her siblings, Linda (Ken) Kalbach of Sparks GA, Ann (Chris) Blackwell of Addison NY, Jane Klinkman of Cabot AR, Nancy (Mike) Greene of Lowell MA, and Jeanette (Barry) Astrow of Springfield VA, along with her in-laws, Harvey (Bessie) Clark, Carolyn Treat, Barbara (Leslie) Tabor, Loretta (Larry) Swain, Edward (Melissa) Clark, and Deanna Clark, and many nieces and nephews. A Celebration of Life service will be held on Saturday, October 23 starting with an ice cream social at 11:00 AM followed by service at 1:00 PM at the Addison First Baptist Church (14 Baldwin Ave) with Pastor Craig Merritt officiating. Sharon’s ashes will be placed in Presho Cemetery in Presho, NY. Arrangements are with the H.P. Smith & Son Inc. Funeral Home in Woodhull.
Saturday
23
October

Share Your Memory of
Sharon
Upload Your Memory View All Memories
Be the first to upload a memory!
Share A Memory
Plant a Tree