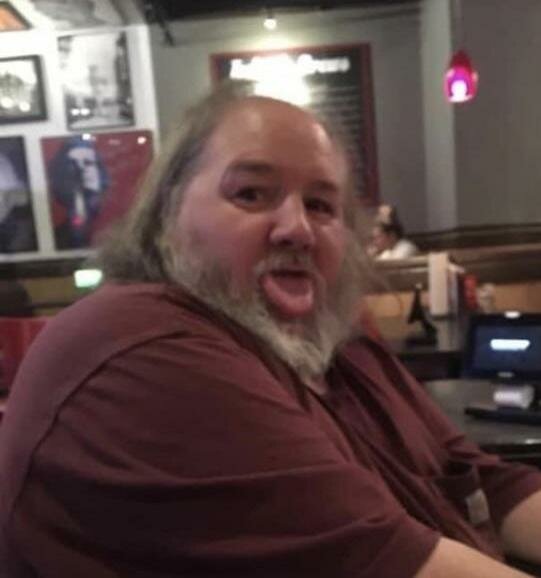 Please share a memory of Douglas to include in a keepsake book for family and friends.
View Tribute Book
Douglas E. Stutzman Sr., 63, of Rathbone, NY, passed away suddenly on Monday, October 25, 2021 at home. Born in Hornell, NY on October 17, 1958, Doug was the son of the late Robert H. and Lillian M. (Travis) Stutzman. Raised in Rathbone, he attended Addison Central School. On January 8, 1986, Doug married the former Sharon L. “Sherry” O’Dell. She preceded him in death on July 24, 2016. Doug, affectionately known as “Wolfie” in Rathbone, had been a welder at Mercury Aircraft in Bath. He was a comical man of simple means. He found enjoyment in his life no matter what was handed to him. His laugh was contagious and was a very loving, lighthearted individual. He loved to mow grass and could often be found mowing for numerous neighbors in Rathbone. Doug enjoyed playing cards and board games and was an avid Green Bay Packers football fan and a fan of Kevin Harvick in NASCAR. He was a wonderful Dad, Grandpa and Brother to his family. Besides his wife Sherry, Doug was predeceased by his parents, Bob and Lillian Stutzman. Surviving are his children, Shelly and Zoren Bullock of Newfield, NY, Deanna Stutzman of Parma, OH and Douglas Stutzman Jr. (Amy Gittens) of Corning, grandchildren, Kyra Hendershot and Ethan Stutzman, brothers, David (Rhonda) Stutzman, Robert Stutzman and Richard Stutzman, Sherry’s parents, Loul and Carol Belcher, sister in law, Durene (Bob) Kernan and nieces, nephews, aunts and cousins. Friends may call on Saturday, October 30 from noon to 1 pm at the Woodhull Cemetery Chapel, Woodhull, NY. A memorial service will follow there at 1 pm with Rev. Brian Diffenbacher officiating. Burial will be made in Woodhull Cemetery. Arrangements are with the H.P. Smith & Son Funeral Home in Woodhull.
Saturday
30
October