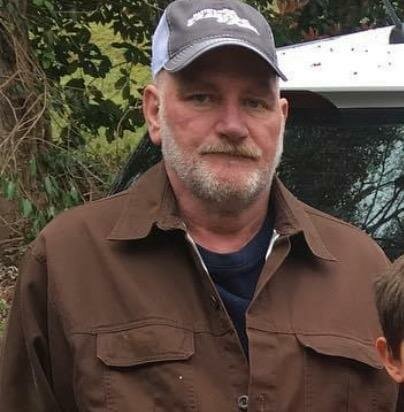 Please share a memory of Frank to include in a keepsake book for family and friends.
View Tribute Book
Frank C. Hodder, 64, of State Route 415, Campbell, passed away at home on Monday, November 1, 2021 surrounded by his loving family. Born in Corning on August 3, 1957, he was the son of Gilbert and Elizabeth Yohe Hodder. He attended Corning East High School. Frank was a long time employee of Polly O Dairy in Campbell. He was an avid New York Yankees fan and enjoyed NASCAR, rooting for his favorite driver, Jeff Gordon. He also enjoyed attending dirt track racing at Woodhull Raceway... He adored his grandchildren and treasured time spent with them. Frank married the former Lori Sweeney on May 13, 2000 in Addison. She survives. Also surviving are his son, Prosper (Kristina) Hodder of Savona, his daughter, Elizabeth (Brandon) Howell of Corning, his step daughter, Katelyn Swimley of Campbell, his grandchildren, Peyton, Baileigh, Kooper, McKayla, Camden, Arianna, Blayze, Kartie, Billy and Kinsley, his brothers, Don Hodder of Corning and Scott Hodder of Sophia, NC, his sisters, Darcia (Denny) Steficek of Campbell, Patti (Jim) Carl of Corning and Nancy Maurice of Hiram, GA, his mother in law, Kathleen Sweeney (Dave Chamberlain) of Wyalusing, PA, his brothers in law, Jeff (Monica) Sweeney of Thurston and Chuck Sweeney of Corning, his close friend and neighbor Leon and nieces and nephews. He was preceded in death by his parents, Gilbert and Elizabeth Hodder, his granddaughter, Grace Hodder, his brothers, David Hodder and John Hodder and his sister, Darla Bliss. A memorial service will be held at a time and place convenient to the family. Arrangements are with the H.P. Smith & Son Funeral Home in Woodhull.

A Memorial Tree was planted for Frank
We are deeply sorry for your loss ~ the staff at H.P. Smith & Son, Inc. Funeral Home - Woodhull
Join in honoring their life - plant a memorial tree
Online Memory & Photo Sharing Event
Online Event
About this Event

Share Your Memory of
Frank
Upload Your Memory View All Memories
Be the first to upload a memory!
Share A Memory
Plant a Tree