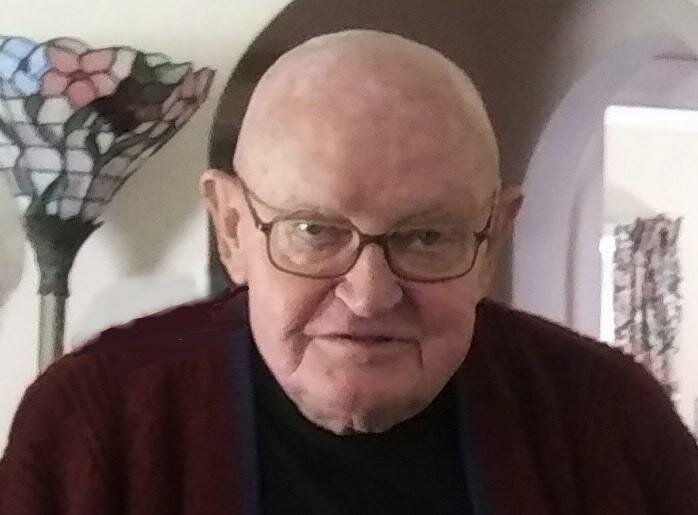 Please share a memory of Jack to include in a keepsake book for family and friends.
View Tribute Book
Jack C. Marlatt, 89, of Jasper, NY, formerly of Painted Post, passed away on Thursday, November 4, 2021 at Bampa’s House in Corning. Jack was born and raised in Jasper, the son of the late Clayton J. and Gladys (Zeh) Marlatt. He was a 1948 graduate of Jasper Central School. On June 3, 1951, he and the former Arlene E. Allen were married at the Jasper Presbyterian Church. He enlisted in the US Navy the same year, serving until 1959 where he was an aviation electrician. Jack started a long career with IBM, working as a computer service engineer, retiring in 1991. When his children had all finished high school in Jasper, he and Arlene made their home in Painted Post. They had returned to Jasper to be near their daughter Chris as Jack’s health began to fail. Jack is survived by Arlene, his wife of 70 years, of Jasper, his children, Deborah Marlatt of Tuscarora, Joseph Marlatt (Vickie Fanton) of Burdett, Susan Wensel of Corning, Vicki Nelson of Australia and Christine (Philip) Marsh of Jasper, 7 grandchildren, Garrett Wensel, Mitchell Wensel, Andrew Nelson, Nick (Kelly) Marsh, Tracy (James) Marotto, Shannon Porrone and Chad (Michelle) Fanton, 11 great grandchildren and his sister, Bonnalyn Burgett of Elmira. He was preceded in death by sisters, Joan Fici and Gwendolyn Snow, his brothers in law, Tom Snow, Ed Burgett and Tony Fici and his sons in law, Geoff Nelson and Robert Wensel. Friends may call on Sunday, November 14 at the United Church of Jasper from 1 to 2 pm. A private memorial service for family will be conducted with Pastor Brian Diffenbacher officiating. Committal services with military honors will follow in Jasper Cemetery. Memorial donations in Jack’s memory are suggested for Bampa’s House, 170 E. First St., Corning, NY 14830. Arrangements are with the H.P. Smith & Son Funeral Home in Woodhull.
Sunday
14
November

Share Your Memory of
Jack
Upload Your Memory View All Memories
Be the first to upload a memory!
Share A Memory
Plant a Tree