Sign in
Recommend Kaia's obituary to your friends
Plant A Tree 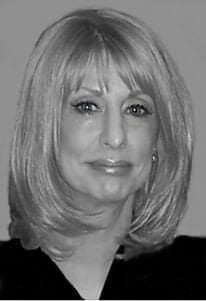 Please share a memory of Kaia to include in a keepsake book for family and friends.
View Tribute Book
Kaia W. Hadley, 68, of Church St. Woodhull, NY, passed away peacefully at home on Monday, November 29, 2021. Born in Hornell, NY on April 6, 1953, Kaia was the daughter of the late Edward Wendell and Kathryn Kaia Mason Andrews. Raised in Woodhull, she attended the former Woodhull High School through the eighth grade. She finished high school in Jasper where she was a 1971 graduate of Jasper Central School. On August 15, 1970, Kaia and Samuel Hadley were married at the United Methodist Church of Woodhull. Sam soon after entered the US Navy and Kaia was able to join him for a year while he was stationed in Hawaii. Sam was then stationed in Connecticut where he finished his enlistment. They returned to Woodhull where they have made their home since. Kaia was a homemaker but had been employed at various restaurants including the dining room at the Lodge on the Green in Painted Post. She also was a postal clerk at the Woodhull post office and a cleaner at the Jasper High School. Kaia was a very talented vocalist and had been asked to sing at numerous weddings and other gatherings over the years. Surviving is her husband of 51 years Sam Hadley, her children, Kattie Hadley-Knowles (Daniel Bruffey) of Hagerstown, MD, Joseph (Tracey) Hadley of Troupsburg and Carrie Hadley of Woodhull, her grandchildren, Andrea Warren, Jeffery Warren, Cameo Warren, Kylie (Dylan) Price and Hunter Hadley, great grandson, Levi Warren, her siblings, Mary (Kenny) Shupp, Rick (Carolyn) Andrews, Kelly (Doran) Peters and John Andrews, all of Woodhull, her brothers and sisters in law, Bill and Nancy Hadley of Troupsburg, Jennie Christey of Arizona and Penny Ruiz of Indiana along with many nieces, nephews and cousins. Friends may call on Saturday, December 4 from 11 am to 1 pm at the H.P. Smith & Son Funeral Home, 1607 Main St. Woodhull, NY. Funeral services will follow there at 1 pm with Rev. Brian Diffenbacher officiating. Burial will be in Woodhull Cemetery.
Saturday
4
December