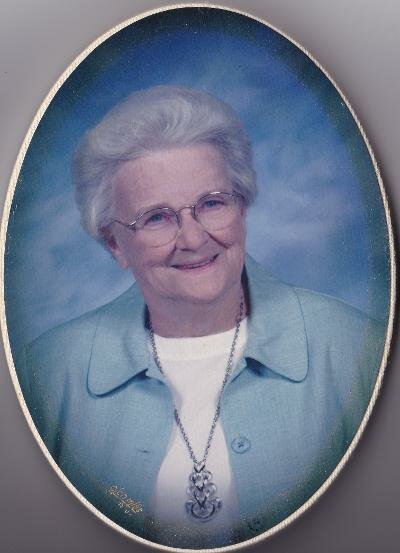 Please share a memory of Theresa to include in a keepsake book for family and friends.
View Tribute Book
HORNELL: Theresa (Terry) Mains, 95, of Hornell, NY passed away Monday, December 5, 2021 at Hornell Gardens where she had resided for several years. Terry was born in Biddeford Maine on May 19, 1926 to Mary & Henry Fearon. She is survived by one sister, Pauline Delehanty in Maine, her children Joan (Edward) Mattison of Troupsburg, Michael Fortin, Patricia Robinette of Ocala, FL, Alan (Theresa) Fortin of Shrewsbury, Pa. and Thomas Fortin of Highpoint, NC., several grandchildren, great grandchildren and great, great grandchildren, nieces & nephews. She was predeceased in death by her two sons Edward W. Fortin and Steven P. Fortin, her husbands, Edward B. Fortin and George Mains. Terry and Edward moved to a farm in Troupsburg in 1962 to raise their family. She absolutely loved farm life. In 1970 she moved back to Maine with her children, received her GED and then her LPN nursing license. She met her 2nd husband, George Mains when she volunteered to pass meds at a prison during a lock-down. George was the Warden. Terry was a strong, amazing, loving and adventurous lady. But she was especially an unconditional loving mother. A special thanks to the staff at Hornell Gardens for their care and love that they gave to our mother. It seems as though they all have a story to tell and we’re grateful for those memories. God Bless You All! Per Terry’s request, there will be no calling hours or service at this time. A family memorial service will be planned for a later date.

A Memorial Tree was planted for Theresa
We are deeply sorry for your loss ~ the staff at H.P. Smith & Son, Inc. Funeral Home - Canisteo
Join in honoring their life - plant a memorial tree
Online Memory & Photo Sharing Event
Online Event
About this Event

Share Your Memory of
Theresa
Upload Your Memory View All Memories
Be the first to upload a memory!
Share A Memory
Plant a Tree