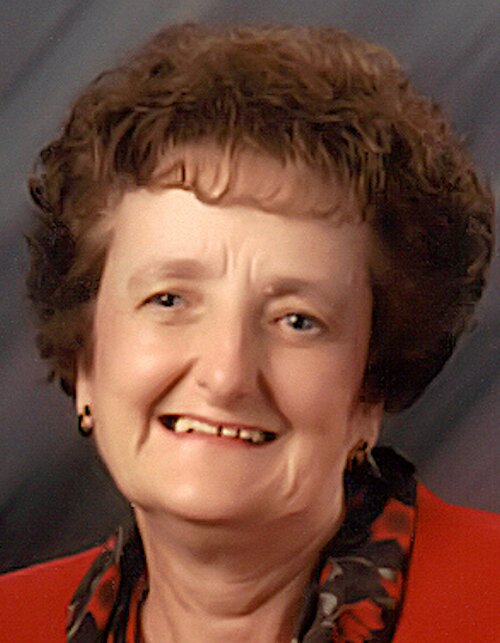 Please share a memory of Beverly to include in a keepsake book for family and friends.
View Tribute Book
JASPER: Beverly Lewis was called home on December 9, 2021, to be with the Lord, whom she loved and served. She was born April 12, 1932, to the late Andrew and Lena (Thomas) Van Orsdale of Troupsburg. On June 14, 1952, Beverly married her high school sweetheart, Clair Edward Lewis. Theirs was a 69-year marriage. Beverly is survived by four children: Dana (Donna) Lewis of Canisteo, LuAnne Lewis (husband Les Ballard) of Smithfield, Virginia; Van Lewis of Portsmouth, Virginia; and Joanna Lewis Moskeland of Bath. Beverly adored her grandchildren: Brandon Lewis Ballard of Norfolk, Virginia; Andrew Lewis Ballard, currently studying in Pittsburg, PA and Annalyse Moskeland of London, England. Also surviving Beverly is her sister and dear friend, Anna Van Orsdale White of Greenwood. Beverly was predeceased by her husband, Clair, sisters, Betty Prutsman, and Janette, Joanne, and Janice Van Orsdale. She was also predeceased by her brother, Jonas Van Orsdale. Beverly grew up on the family farm. In 1950 she graduated from Troupsburg Central School. She then attended the Hornell Business Institute where she received a certification in Senior Secretarial Studies. From 1952-1954 she was the Secretary of Inspection at Ingersoll Rand Industry. Then Beverly stayed at home with their growing family until beginning employment in 1965 at Jasper Central School, later Jasper-Troupsburg School District, where she was employed for 45 years until 2010. Mrs. Beverly Lewis was a former long-term member of the United Methodist Church of Troupsburg as well as a choir director, Sunday school teacher, and Bible school music director. Most recently, she was a member of the United Church of Jasper. Through the years Beverly sang for countless weddings, special events and funerals. She and Clair were band parents and participants in the parent-teachers group for 21 years. Beverly was honored with a yearbook dedication and was awarded the FFA Lifetime Membership for her support of the organization. On July 4, 2012, Mr. and Mrs. Clair Lewis were presented the “Lifetime Achievement Award” at the Jasper Old Home Day. This was in recognition of “…outstanding service to the community and for all their hard work throughout the years.” Beverly’s was a life well-lived and will have a lasting impact on many. She will be missed. Funeral services will be for family members only. Burial will take place at Mount Hope Cemetery, Troupsburg, NY. The family will be planning a Celebration of Life to honor Mr. and Mrs. Clair Lewis sometime in the spring. The public will be invited. In lieu of flowers, donations can be made to Troupsburg United Methodist Church, the United Church of Jasper, or the Hornell Area Humane Society, 7649 Industrial Park Road, Hornell, NY, 14843.

A Memorial Tree was planted for Beverly
We are deeply sorry for your loss ~ the staff at H.P. Smith & Son, Inc. Funeral Home - Canisteo
Join in honoring their life - plant a memorial tree
Online Memory & Photo Sharing Event
Online Event
About this Event

Share Your Memory of
Beverly
Upload Your Memory View All Memories
Be the first to upload a memory!
Share A Memory
Plant a Tree