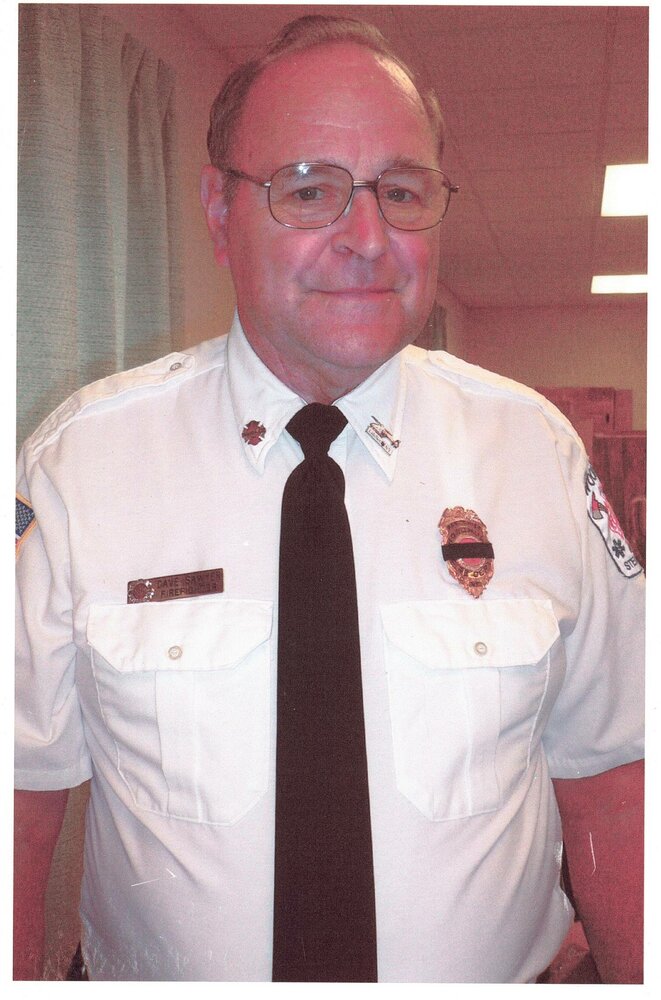 Please share a memory of Jennings to include in a keepsake book for family and friends.
View Tribute Book
J. David Sawyer Jr., 82, of Jasper St. Woodhull, NY, passed away on Friday, December 17, 2021 at the Arnot Ogden Medical Center in Elmira. Born in Troupsburg, NY on January 29, 1939, Dave was the son of the late Jennings D. and Ruth Johnson Sawyer. Raised in Troupsburg, he was a 1959 graduate of Troupsburg Central School. On September 17, 1960, Dave and the former Elizabeth “Liz” Everitt were married at the Austinburg United Methodist Church. Liz survives. Dave and Liz made their home in Woodhull where they raised their family together. Dave was an electrician working originally for the Ingersoll Rand Co. in Painted Post and retiring from Dresser Rand Co. there with 42 years of active service. Dave and Liz were devoted to their community where they both were very loyal members of the Community Church of Woodhull. They also were active in the square dancing groups, the Valley 49ers and the Southern Tier Wheelers for several years. Dave was an assistant Scout Master in the 1960’s for Woodhull Troop 39. Dave was a 58 year member of the Woodhull Fire Department. He was an assistant chief for 2 years followed by 3 years as chief. He also served as president for 10 years. He sat on the Steuben County Fire Advisory Board and was a 20 year commissioner for the Woodhull Fire District where he acted as chairmen for several years. Dave was the last Mayor of the Village of Woodhull and saw the community through the dissolution of the village in 1986. Following his retirement from the “Rand”, Dave was employed by the Pinnacle State Park in grounds maintenance. Dave is survived by his wife of 61 years, Elizabeth “Liz” Sawyer of Woodhull, his daughters, Colleen Sawyer of Hayes, VA and Lori (Arthur) Payne of Woodhull, his grandchildren, Danielle Mansfield (Jay Booth), Brandon Paggi, Shawn Paggi-Howe (Jay), Sarah Volino (Chris) and Mary Payne (Brandon Baker), his great grandchildren, Madison Volino, Ryan Volino, Oliver Baker and Jack Booth, his sisters, Ann Hulbert of Troupsburg and Mary (Keith) Auton of Hendersonville, NC, his brothers, Dale (Grace) Sawyer of Friendsville, TN and George (Helen) Sawyer of Canisteo along with many nieces, nephews and cousins. Dave was preceded in death by his parents, his sisters, Janet Sawyer and Jane Kawecki and his brothers, Ronald Sawyer, Robert Sawyer and Dean Sawyer. Friends may call on Tuesday, December 21 from 1 to 3 and 6 to 8 pm at the Community Church of Woodhull, W. Main St. Woodhull, NY. Funeral Services will be held there on Wednesday at 11 am with Pastor Brian Diffenbacher officiating. Burial will be in Woodhull Cemetery. Donations in Dave’s memory are suggested for the Community Church of Woodhull or the Woodhull Fire Department. Arrangements are with the H.P. Smith & Son Funeral Home in Woodhull.
Tuesday
21
December

Share Your Memory of
Jennings
Upload Your Memory View All Memories
Be the first to upload a memory!
Share A Memory
Plant a Tree