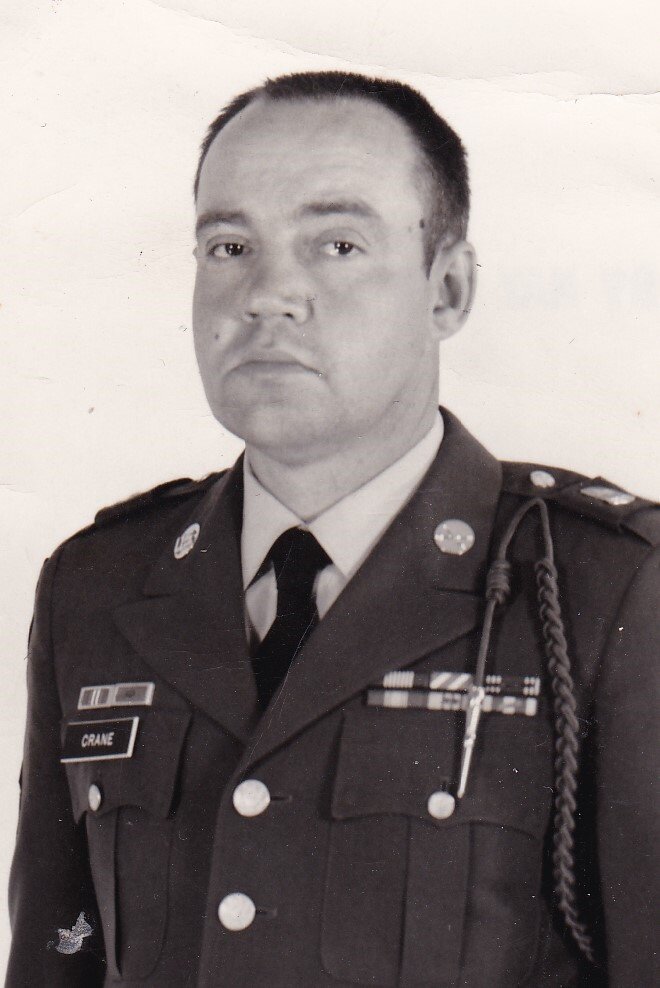 Please share a memory of Dorr to include in a keepsake book for family and friends.
View Tribute Book
ALMOND: Dorr L. Crane, 80, passed away peacefully Tuesday afternoon, January 18, 2022 at his home surrounded by the love and care of his family after a courageous battle with cancer. Dorr was born May 10, 1941 in Hornell to the late Harry and Carrie (Dorr) Crane. On August 7, 1965 in Troupsburg, he married the former Jan Eldridge, who survives and resides in Almond. Dorr was a West Cameron native who attended Addison Central School. He enlisted in the U.S. Army in 1959 and had a 21 year career in field artillery retiring as Chief of Firing Battery out of Ft. McArthur, CA. He had two tours of duty in Vietnam from 1966-67 and 1970-71. Dorr enjoyed hunting, fishing, camping and anything to do with the natural world around him. He also enjoyed gunsmithing, reading old western novels, anything military, history and mysteries. In addition to his wife Jan, Dorr is survived by two sons: Glen (Lisa) Crane of Cameron, Shawn (Kathy) Crane of Odessa, five grandchildren: Samantha Sutton, Josh Stuart, Joseph, Caitlyn (Jake Kick) Crane and Evan Crane, eight great grandchildren: Lucas, Sandra Beth, Cassius, Gianni, Carson, Blake, Saphra and Mason. He is also survived by a brother John Crane of Woodhull, two sisters: Linda Dubois of Bath and Kathy (James) Hamblin of Cameron Mills. In addition to his parents, Dorr was predeceased by a brother Franklin Crane. Per Dorr’s request, there will be no public visitation or services. A memorial service will held be at the convenience of the family. Final interment will be in Bath National Cemetery. Memorial contributions in Dorr’s name may be made to the National Rifle Association (NRA).

A Memorial Tree was planted for Dorr
We are deeply sorry for your loss ~ the staff at H.P. Smith & Son, Inc. Funeral Home - Canisteo
Join in honoring their life - plant a memorial tree
Online Memory & Photo Sharing Event
Online Event
About this Event

Share Your Memory of
Dorr
Upload Your Memory View All Memories
Be the first to upload a memory!
Share A Memory
Plant a Tree