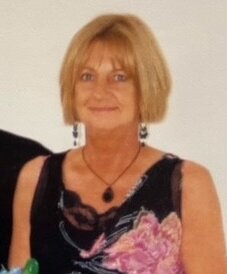 Please share a memory of Mary to include in a keepsake book for family and friends.
View Tribute Book
CANISTEO: Mary D. Schaumberg, 68, of Greenwood St. passed away unexpectedly Wednesday morning Feb. 2, 2022 at her home. Mary was born July 24, 1953 in Hornell to the late Lyle and Carol (wheeler) Morse. On March 17, 1972 she married Stephen Schaumberg who survives and resides in Canisteo. Mary had been employed as a mail clerk at the office supplies department at Alfred University and had been the Saturday night bartender at the Canisteo American Legion for 25 years. She was a graduate of Canisteo Central School class of 1972 and had also worked with her late brother-in-law Daniel Racalto at the Wheaton Insurance Agency, she also worked as a receptionist at the former John Nugent law firm in Hornell. Mary loved her gambling trips to Atlantic City and Salamanca. She had a soft spot for animals in her life and was very fond of her dogs Hunter and Lyle. She also loved to read and spend time with her family and friends. She is survived by her husband Stephen Schaumberg, son Shane (Amy)Schaumberg. daughter Brianne Schaumberg, grandchildren Brody and Emma Schaumberg all of Canisteo, two brothers Thomas (Karen) Morse of Fairport and Timothy (Mary) Morseof Canisteo, four sisters Cheryl (Jerry) Chaffee of Canisteo, Nancy Racalto of Canisteo, Ann (Andy) Solomons of Northport, FL. and Bridget (David) Merritt of Horseheads, several nieces and nephews. In addition to her parents Mary was predeceased by brothers-in-law Daniel Racalto and Robert and Ronald Schaumberg. There will be no public calling hours or service. A private funeral service will be at the convenience of the family at the H.P. Smith & Son, Inc. Funeral Home in Canisteo. Burial will be in Woodlawn Cemetery in Canisteo. Memorial contributions may be made to the Hornell Area Humane Society, 7649 Industrial Park Rd. Hornell, N.Y. 14843.

A Memorial Tree was planted for Mary
We are deeply sorry for your loss ~ the staff at H.P. Smith & Son, Inc. Funeral Home - Canisteo
Join in honoring their life - plant a memorial tree
Online Memory & Photo Sharing Event
Online Event
About this Event

Share Your Memory of
Mary
Upload Your Memory View All Memories
Be the first to upload a memory!
Share A Memory
Plant a Tree