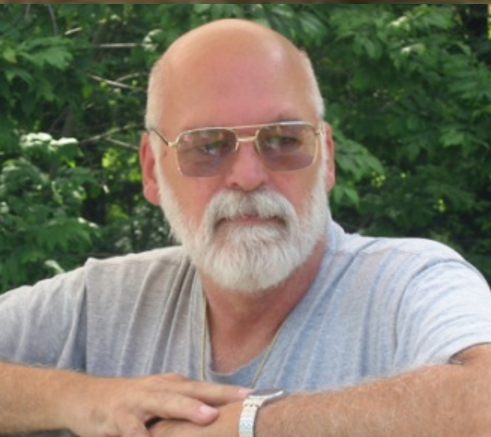 Obituary of Richard A. Hayes

Please share a memory of Richard to include in a keepsake book for family and friends.
View Tribute Book
RICHARD ALBERT HAYES, 77, of Jasper, NY, went to his forever eternal home in heaven on February 14, 2022. He is looking at the face of his Lord and Savior, free from all life’s trials and pain. Richard was born again spiritually when he accepted Jesus Christ as his Lord and Savior as a young teenager. He was baptized at Rock Hill Baptist Church in Massachusetts. He later served as president of the church’s youth group. Richard joined the United States Army in July 1963, right after his high school graduation. He attended several military training schools and upon successfully completing those courses, he was assigned to the Army Aviation Division. Richard spent a 13-month tour of duty in Korea. He was awarded the Airmen Crewman Badge and National Defense Service Medal. He was honorably discharged in July, 1966 with a two-year reserve obligation through July, 1968. Upon his return from his military tour of duty, he married Diann Irene Brown on September 10, 1965, at the Rushford Baptist Church, New York, where Diann’s father served as pastor. Richard attended Elohim Bible School in Castile, New York, from 1973 to 1976; and upon graduation, he responded to the call to the ministry of the Gospel of Jesus Christ. He was called as pastor to Boyd’s Corners Bible Church in 1976. He was ordained to the ministry of the Gospel by the New York Conservative Baptist Association after his first year as pastor. In 1983, he served as pulpit supply to Hartsville Baptist Church, New York, and as interim pastor at Baldwinsville Baptist Church, New York in 1984. Richard also worked at New Life Homes-Snell Farm, Bath, New York in the maintenance department. In 1992 Richard and Diann moved to Wilmington, North Carolina, where he worked for Corning, Inc., until his retirement in 2010. He continued serving his Lord with active church involvement working with Baptist Men’s groups, pulpit supply and teaching Sunday School men’s classes. Those who knew him best knew he was proud to have served his country, knew he loved his Lord and was honored to be called into Christian Ministry. Richard was blessed any time he had opportunity to fellowship with his family of Christian saints. Richard knew God had blessed him with the special people he called family: his wife, children and their spouses, his grands and great-grands. The highlight of his life was time he was able to be with them and share in their lives. Richard is survived by his wife, Diann, his four children: Dawna Anderson (Jay) of North Carolina, Jonathan (Jack) Hayes (Susan) of Jasper, New York, Andrew (Andy) Hayes (Darline) of Louisiana, and Rebecca (Becky) Lane (Steven) of North Carolina; eleven grandchildren and three great-grandchildren; his sister, Patricia Allaire of North Carolina, his brother, Frederick Hayes (Miriam) of North Carolina, his sister, Linda Breakey (David) of West Virginia, and his sister, Cora Mullinax of North Carolina. Richard’s family will receive friends on Saturday, February 19 from 2 to 3 pm at the Open Door Baptist Church, 2585 St. Rte. 417, Greenwood, NY. His funeral service will follow there at 3 pm with Pastor Mark Walker officiating. Richard will be laid to rest in Bath National Cemetery, Bath, NY. Arrangements are being handled by the H.P. Smith & Son Funeral Home, Woodhull, NY.
Saturday
19
February