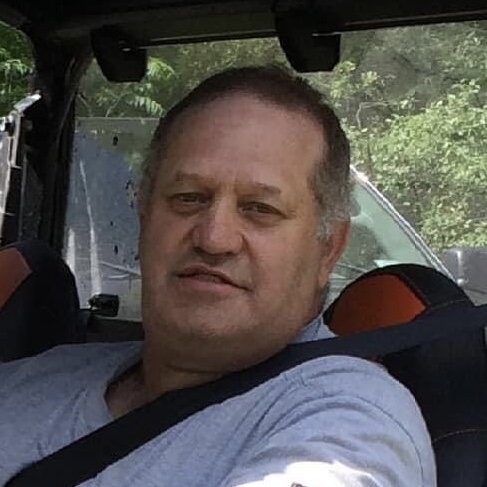 Please share a memory of Bryan to include in a keepsake book for family and friends.
View Tribute Book
HARTSVILLE: Bryan O. Woodworth, Jr. 63, of Purdy Creek Rd. passed away unexpectedly Sunday afternoon, March 20, 2022 at St. James Hospital after being stricken at home. Bryan was a lifelong resident of Hartsville and had retired from A.L. Blades and Sons in Hornell after 24 years as a mechanic. He was born February 10, 1959 in Hornell to Bryan and Mary Jane (Tiffany) Woodworth. On June 3, 1978 in Canisteo, he married the former Theresa M. Drake who survives and resides in Hartsville. Bryan was an expert mechanic and was a selfless individual who was more than willing to help those in need. He enjoyed his time spent with his son Jason on the “Hobby” farm and teaching his grandchildren how to drive a tractor. He was an avid NASCAR fan who favored the FORD cars and he always enjoyed the annual trip to Watkins Glen with family and friends. He was every bit a family man who loved spending every minute with his wife, children and grandchildren. Bryan led by example for his family and was always humble. You work for what you have, be good by your word, be honest, love unconditionally, forgive, and family is everything. He was strong, kind, had a heart of gold and will be missed by all who knew him. He is survived by his wife Theresa of Hartsville, two sons; Jason (Kelly) Woodworth of Canisteo and Joshua (Jennifer) Woodworth of Mechanicsburg, Pa. a daughter, Jinger (Butch) Stewart of Jacksonville, AR, grandchildren, Caleb, Ethan, Isabella, Jaycee, Cole and Noah. Seven brothers and sisters: Georgia (Charles) Delany of Hornell, James Woodworth of Hornell, Douglas (Tammy) Woodworth of Melbourne, FL. Rosemary (Thomas) Kneale of Canisteo, Roy (Vivian) Woodworth of Hartsville, Hattie Mullen of Canisteo and Mary Jane (Ted) Davis of Hornell and several nieces and nephews. He was predeceased by his mother and a brother Brandon Woodworth. There will be no public visitation or service. Burial will be at the convenience of the family in Hartsville. Memorial contributions in Bryan’s name may be made to the Hornell Area Humane Society, 7649 Industrial Park Rd. Hornell, NY 14843.

A Memorial Tree was planted for Bryan
We are deeply sorry for your loss ~ the staff at H.P. Smith & Son, Inc. Funeral Home - Canisteo
Join in honoring their life - plant a memorial tree
Online Memory & Photo Sharing Event
Online Event
About this Event

Share Your Memory of
Bryan
Upload Your Memory View All Memories
Be the first to upload a memory!
Share A Memory
Plant a Tree