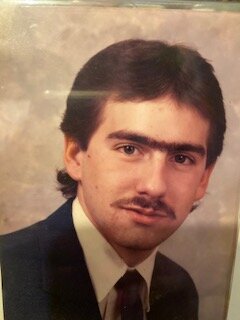 Please share a memory of Michael to include in a keepsake book for family and friends.
View Tribute Book
GREENWOOD/KILN, MS.: Michael S. Williamson, 53, formerly of Greenwood, passed away on May 4, 2022 in Kiln, MS. Michael was born April 7, 1969 in Hornell. He was a graduate of Greenwood Central School and had served in the U.S. Navy from 1989-1996. He was a self-employed contractor in Kiln, MS for several years. Though Michael had moved away from the Greenwood area, he still continued to keep in contact with those close to him. Memories of time spent hunting with his coon dogs with his dad along with the countless dog trial races will always be cherished by his family and friends. Michael is survived by his parents, Stephen and Linda Williamson, his mother Connie Friends, brothers, Anthony (Sandy) Clark, Timothy Clark, sisters, Tina Clark, Kristal (Ernest) Torres and Amy (Kyle) Scott. He is also survived by his half-sisters Lori Kraus and Lisa Papenfus, his paternal grandmother Genevieve Williamson and several aunts, uncles, nieces, nephews and cousins. Family and friends are invited to Celebration of Life for Michael on Saturday, May 28th at 11:00 am at the Greenwood United Methodist Church on Main St. in Greenwood. Burial will be in Greenwood Cemetery at the convenience of the family.
Saturday
28
May

Share Your Memory of
Michael
Upload Your Memory View All Memories
Be the first to upload a memory!
Share A Memory
Plant a Tree