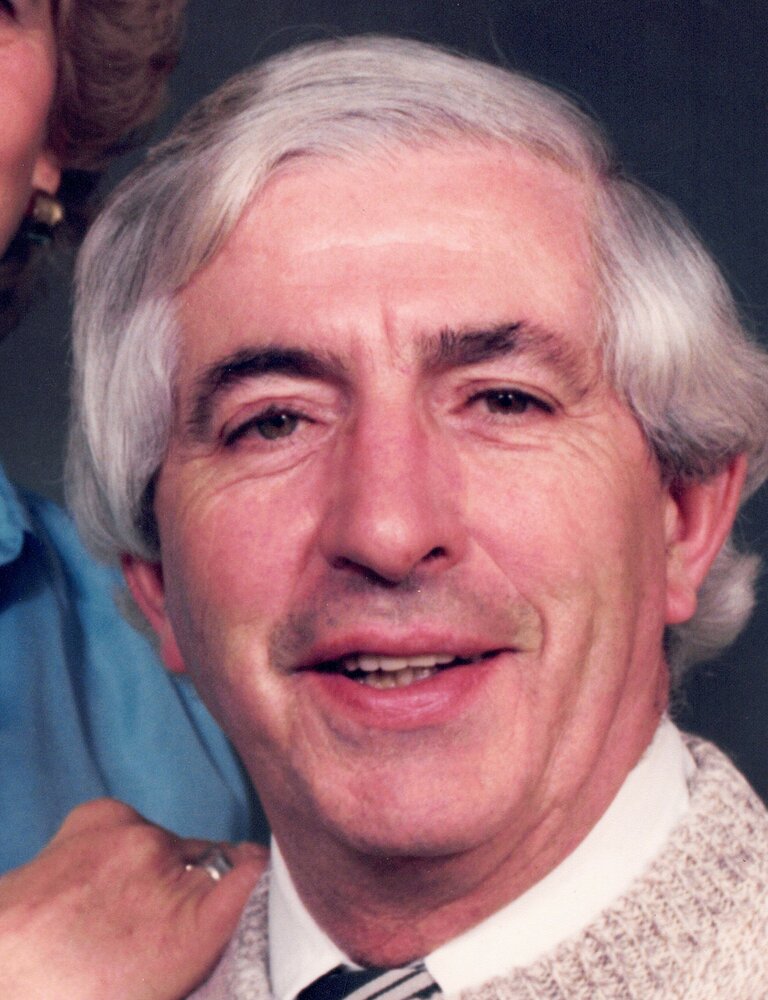 Please share a memory of Victor to include in a keepsake book for family and friends.
View Tribute Book
Victor R. Campbell, 95, of Taylor St., Painted Post, NY, entered into rest at home on Friday, May 20, 2022 with his loving daughters by his side. Born in Waterville, PA on August 8, 1926, Vic was the son of the late Otto L. and Rachel Duvall Campbell. Following graduation from Campbell Central School, Vic immediately entered the US Navy during World War II and served aboard aircraft carriers in the Pacific. After leaving the military, he attended Rochester Business Institute. On June 25, 1949, Vic and the former Ruth E. Nichols were married at the Painted Post Methodist Church. Vic and Ruth were always together, supporting each other in their various pursuits and participating side by side in many of them. Ruth preceded Vic in death on December 22, 2020, having been blessed with 71 years together. Vic’s first employment was with JC Penney Co. He then worked as an auditor for Corning Glass Works. Following that he began studies at Bloomsburg State College in Bloomsburg, PA where he earned a degree in Business there in 1966. He later attended Elmira College, attaining his Masters Degree in Business Education. He became a teacher in the area BOCES program at its infancy. He retired from GST BOCES. Vic also served as an auditor for ServU Credit Union and had also been a constable for the Town of Erwin. Vic was a 50 year member of the Corning Lions Club and longtime member of the First Baptist Church of Painted Post. He took great pride in lighting his large lot in Gang Mills every holiday season always beginning on December 1st. Vic and Ruth were active in the Gideon Society together as well as teaching a snowmobile safety course as a team to area youth. Vic enjoyed hunting and fishing when time permitted and he also enjoyed playing guitar and singing country western and gospel music. Surviving are Vic’s daughters, Diane White of Painted Post, Joanne (Loren) Smith of Painted Post, Suzanne (Joseph) Magliocca of Hammondsport and Mary Ann (William) Becker of Addison, his grandchildren, Lance (Maria) Butts, Gordon (Sarah) Smith, Jennifer (Jason) Harvey, Corey (Kathy) Smith, Michael (Rachel) Jones, Lucas (Victoria) Smith, Matthew Jones, Logan (Lisa) Smith, Heather (Joshua) Loud, Andrew Burgio and Nicole Burgio (Jeremy Laninger), 18 great grandchildren with one more on the way, his brother, Paul (Clara Mae) Campbell of Painted Post, his sisters-in-law, Elizabeth McCullough of California, Evelyn (Clinton) Wilcox of Beaver Dams, Roberta (Kenneth) Calkins of Campbell, Reta (John) Machuga of Savona, Lynda Peterson of Campbell and Karla Nichols of Watkins Glen, his brother-in-law, Paul (Patricia) Nichols of Campbell and many nieces & nephews. Besides Vic’s wife Ruth, he was also predeceased by his parents and his sister, Norma Jean Ryan. Friends may call on Monday, May 23 from 6 to 8 PM at the H.P. Smith & Son Funeral Home, 1607 Main St., Woodhull, NY. Funeral services will be held there on Tuesday at 10 AM with Rev. Rich Rose officiating. Burial, with military honors, will be made in Woodhull Cemetery.
Monday
23
May

Share Your Memory of
Victor
Upload Your Memory View All Memories
Be the first to upload a memory!
Share A Memory
Plant a Tree