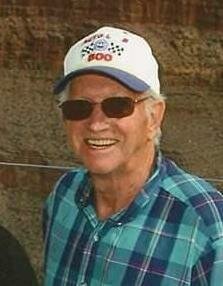 Obituary of Claton A. Burdick

Please share a memory of Claton to include in a keepsake book for family and friends.
View Tribute Book
Claton (Pete) Alfred Burdick, 89, of Troupsburg, NY entered eternity on Thursday May 26, 2022 at 4:20 pm in hospice at the Elderwood at Hornell Nursing Facility in Hornell, NY. He was the fourth of 10 children of Alfred Burdick, Sr and Edith Mae Rude. He was born in Troupsburg, NY on August 16, 1932. He graduated from Andover High School in 1950. He was drafted into the Army in March of 1957. He spent 18 months in Germany. He was active duty for 2 years and 4 years of inactive reserves. He received an Honorable Discharge in March of 1959. He married Marjory “Honeybee” Joyce Cornish June 20, 1959. They had 3 children, Steven David Burdick, Bradley Boyd Burdick and Nancy Mae Tischer. Pete retired from Dresser Rand in Painted Post in 1995 after 34 years. He loved his chainsaws and had an extensive collection. He would often be seen outside due to loving nature and planting numerous lilac trees. He enjoyed traveling to San Antonio, Colorado Springs, Grand Canyon, Galveston and Santa Fe. He had a good sense of humor but it could be a little off color at times! He struggled for many years with Parkinson Disease Dementia. Surviving family includes his wife, Marge, 2 sons, Steve of Troupsburg, Brad (Bobby Jo) of Beaver Dams, NY and daughter Nancy (Patrick) Tischer of Amarillo, TX, 3 grandsons, David (Jessica) Burdick, Marshall Turner, Hunter Turner, 2 great grandsons Bryson Shaun Burdick, Braxson Michael Burdick, 5 step grandchildren, 6 step great grandchildren, brother Donald (Kyle Pettitt) Burdick of Westfield, PA and sister Sharon (James) Cornish of Troupsburg, NY and numerous nieces and nephews. He was preceded in death by his parents Alfred and Edith Burdick, Sr., brothers Alfred (Joyce) Burdick, Jr, Milton Burdick, Elwyn Burdick, sisters Arlene Abbott, Dorris (John) Atwell, Kathy Tompkins and Ida Storms. Pete requested no calling hours or service. A memorial will be planned at a later date for close family and friends. In lieu of flowers, donations may be made to the Troupsburg Fire Dept. Arrangements are with the H.P. Smith & Son Funeral Home, Woodhull, NY.

A Memorial Tree was planted for Claton
We are deeply sorry for your loss ~ the staff at H.P. Smith & Son, Inc. Funeral Home - Woodhull
Join in honoring their life - plant a memorial tree
Online Memory & Photo Sharing Event
Online Event
About this Event

Share Your Memory of
Claton
Upload Your Memory View All Memories
Be the first to upload a memory!
Share A Memory
Plant a Tree