Sign in
Recommend Audrey's obituary to your friends
Plant A Tree 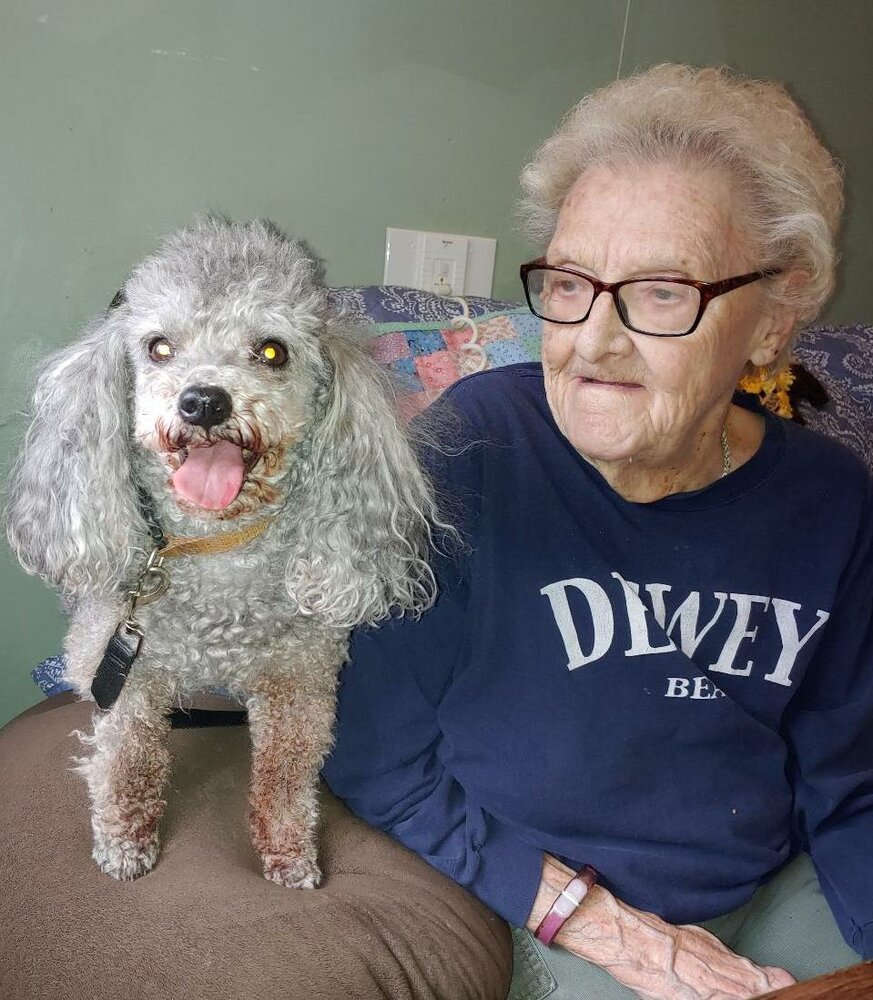 Please share a memory of Audrey to include in a keepsake book for family and friends.
View Tribute Book
Audrey Smith Shupp entered heavens gates on Tuesday, July 26, 2022, to the waiting arms of her husband Kenneth G Shupp Sr. and her mother, Helen Bonsor Smith. Audrey was born on August 15, 1927, in Pocono Pines Pennsylvania to Helen Bonsor Smith and Walter J Smith. Audrey resided with her son and daughter-in law in Woodhull, NY prior to becoming a resident of Absolut Care in Painted Post. When living with her children she always joked that she was their cellar dweller. She would tell anyone who would listen that the kids keep her in the cellar. Audrey graduated High School from Tobyhanna High School in 1945. She and Ken were married June 11, 1949. They started their married life in White Haven Pa. In the mid 1950’s they moved to Bath, New York. After the death of her husband in 1975 she returned to the Poconos. During her time there, she waitressed in several renowned mountain resorts. Her favorite was Split Rock Lodge. After a few years she and her mom decided to return to Bath where her son and grandson resided. In Bath, she worked for her lifelong friends Dutch and Dorie Hoag at Dutch’s. She continued her career at Judy’s Restaurant, Madigan’s and her last job was at the Bath Country Club where she worked until the age of eighty-one. Audrey participated in the Bath Order of the Eastern Star and held the chair of Esther for several years. In 2006 Audrey receive the Bath Business & Professional Women’s Club ” Woman of the Year”. Anyone who knew Audrey, knew sheheld nothing back. She said exactly what she thought. In 2019 she became a member of Christ Episcopal Church in Corning, New York. She was welcomed there with open arms by Rev Troy Preston and all the parishioners. She is predeceased by her husband Kenneth G. Shupp Sr. on August 1, 1975, her parents Helen Bonsor Smith and Walter J Smith, cousin, Eugene Bonsor, nephew Gary Shupp and great grandson Brock Cady. She also lost her best canine friend “Little Bear.” Audrey is survived by her son, Kenneth G Shupp Jr and wife Mary. Her Grandson, Andrew Shupp, and his wife Heather and their two children Breanna Mae and Olivia Jade Shupp and Andy’s mother Cathy Shupp. Audrey’s family was exceedingly small until her son’s marriage to Mary. She inherited the large family she longed for. She is also survived by her step grandchildren, Stephanie and Steve Cady, Kress and Ketrina Foster, Polly and Lew Remchuk and Gavin and Stacey Foster. Great Grandchildren, Dalton and Autumn Cady, Parker Cady and Madison Risley, Skyler Cady and Kurt Amidon, Sydney and Blaike McCarthy, Logan Foster and Caleb Mills, Colton Foster and Heiress Butler, Payton Remchuk, Xavier Remchuk, Taylor Foster and Kaleigh Webster, McKenzie Foster and Cole LaBarron and Gage Foster, Great, Great Grand Children, Marley Mae Cady, Sloane Love Cady, Nolan Cloise Foster, and Steven Everett Cady. She tried like heck to hang in there for the arrival of her Great Great Grandson Brock Atlas Cady. Audrey is also survived by her only cousin, Judy Lieding and Dr. James Leiding and nieces and nephews: David and Charlene Shupp, Diane Hill, Debbie Crawford and Dawn Rarick, Jeanie and Bob Decki, Joe & Moe Shupp, Billy and Theresa Shupp and other nieces and nephews along with the wonderful staff of Absolut Care who also loved her dearly and endeared her with the name “Grandma”. The family has entrusted HP Smith and Son for arrangements. A Celebration of Audrey’s Life will be held at HP Smith and Son Funeral Home, 1607 Main St. Woodhull, NY on Sunday, August 14 from 1 pm – 3 pm with the Reverend Brian Diffenbacher and Reverend Troy Preston officiating. Audrey will be buried next to her husband and mother at Nondaga Cemetery in Bath, New York on August 15 which would have been her 95th Birthday.
Sunday
14
August