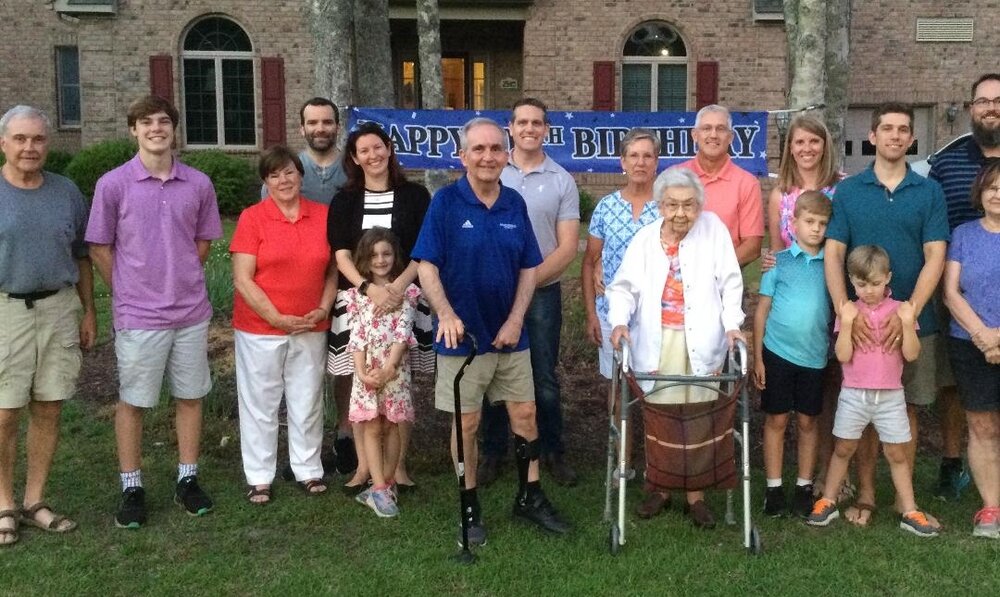 Please share a memory of Beverly to include in a keepsake book for family and friends.
View Tribute Book
NEW BERN, N.C./CANISTEO: Beverly Beardsley Jones White of New Bern, NC, formerly of Canisteo, NY, passed away on September 9, 2022 in New Bern, NC at the age of 101. She was preceded in death by her parents Charles William Beardsley and Cora Mae Stephens both of Hornell, NY, stepbrothers Howard E. and Richard F. Williams and step sister Florence L. Williams Shutes Glodny. She was also preceded in death by her first husband Lorenzo Burnett “Doc” Jones originally from Dansville, NY, her second husband Jason Francis White originally from Troupsburg, NY, and fourth child Christopher Jon Jones (Norma) of Avoca, NY. Beverly is survived by three children and a stepdaughter: Stephen Burnett Jones (Susan) of New Bern, NC, Daniel William Jones (Eileen) of Denver, NC, Rebecca Ann Jones Aja (Scott) of University Park, FL, stepdaughter Vicki White Zimmer (Paul). Beverly had nine grandchildren and a step granddaughter. She was born on April 30, 1921 in Hornell, NY. Raised in Hornell, she graduated from Hornell High School in 1939 and from Philadelphia’s Franklin School of Science and Arts in December 1940. She married Lorenzo Burnett Jones in 1943 and lived in Dansville, NY, Hornell, NY, Jamestown, NY, Canisteo, NY, and later in Easton, MD, and New Bern, NC. She was employed as a medical laboratory technician and later as an administrator at Maple City Savings and Loan, then at Canisteo Savings and Loan. She retired from Canisteo Central School where she was the secretary to several superintendents of schools in Canisteo. At the School, she was a very early adopter of word processing software to support her responsibilities. She was a Cub Scout Den Mother for several years, a lifetime member of the Kanisteo Historical Society, and a member of the Stephens-Gray Class plus the Sally Marque Circle of the Canisteo First Methodist Church for many years. She belonged to the Canisteo Home Bureau and the Hornell Book Club. Beverly was a warm, active, social person who spent lots of time with both the Jones and Beardsley families. She was particularly attached to her stepsister Florence who passed away in 2002. For many years, Beverly and Doc traveled and socialized with a large group of close friends from the Hornell area. Beverly was the final surviving member of that group. Beverly’s best personality traits found their way into her children: She engaged in the young lives of her children. She was an avid reader who listed every book she had ever read and kept records of each bill she had ever paid. She was instantly perceived as friendly by acquaintances, peers, and people she had only recently met. She remained proud of her schooling, work in medicine, and her computer skills. A Canisteo graveside burial service will be held for her immediate family and friends probably in 2023.

A Canisteo graveside burial service will be held for the immediate family and friends in 2023.

Share Your Memory of
Beverly
Upload Your Memory View All Memories
Be the first to upload a memory!
Share A Memory
Plant a Tree