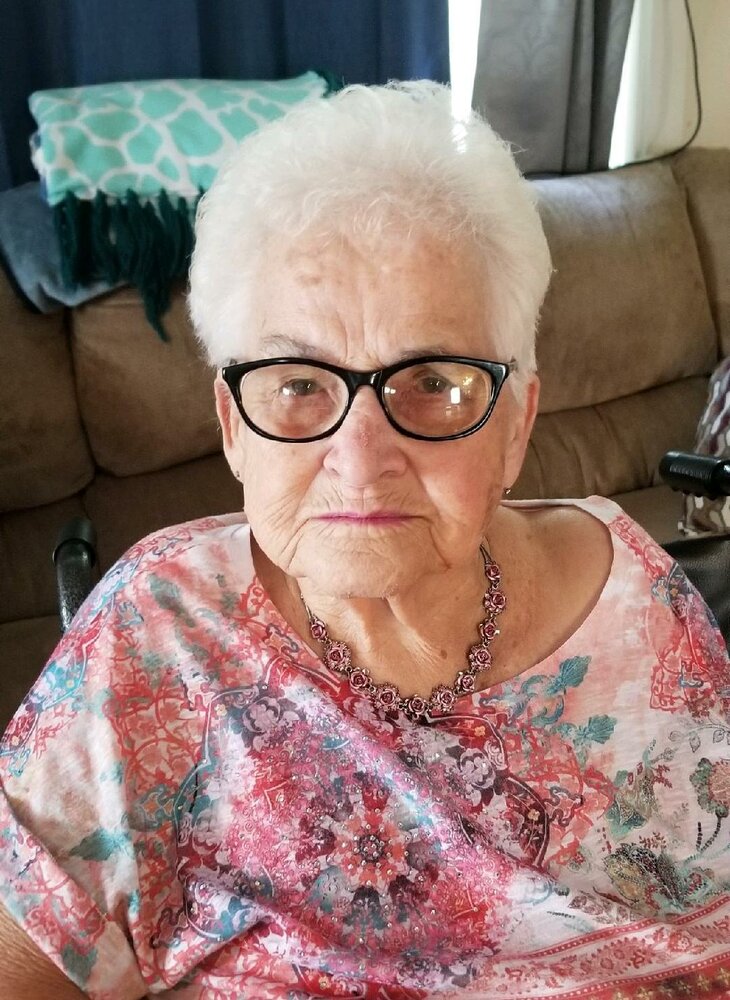 Please share a memory of Loretta to include in a keepsake book for family and friends.
View Tribute Book
Loretta E. Miles, 91, of Arkport, formerly of Harrison Valley, PA and Addison, passed away on Sunday, September 25, 2022 at Strong Memorial Hospital in Rochester. Born in Cameron, NY on June 27, 1931, Loretta was the daughter of the late Jerry and Esther Jackson Tomb. She attended school in Belfast, NY. On February 18, 1949, Loretta and Ross H. Miles were married in Rathbone. Ross preceded her in death on December 15, 2003. Loretta held various jobs including working at the Lodge on the Green in Painted Post, Bird’s Eye Foods and the area vineyards with seasonal work. Loretta was a member of the Addison Eagles Aerie where she had held the office of Madame President. She also belonged to the Loyal Order of the Moose. Besides her husband Ross Sr., Loretta was predeceased by her parents, Jerry and Esther Tomb, her infant daughter, Sheila Marie Miles in 1956, her brother, Jerry Tomb and her sister, Sharon Tomb. Surviving are her children and their spouses, Mary and Paul Muchler of Arkport, Elizabeth “Liz” and William Loux of Wellsboro, PA, Ross and Felice Miles Jr. of Tampa, FL, Christopher and Margaret Miles of Felton, DE and Duane and Stacy Miles of Addison, 18 grandchildren, 21 great grandchildren, 7 great great grandchildren, her sisters, Alberta (Carl) Bliss of Presho and Margaret (Merlyn) Palmateer of Hammondsport, her sister-in-law, Sonya Tomb of Bossier City, LA and many Tomb and Miles nieces and nephews. Friends may call on Saturday, Oct. 1 from 6-8 pm at the H.P. Smith & Son Funeral Home, 1607 Main St. Woodhull, NY. Funeral services will be held there on Sunday at 1 pm with Rev. Morris Gridley Jr. officiating. A luncheon will be held at the Addison Eagles Club immediately following the service. Burial will be made in Woodhull Cemetery. Memorial donations are suggested to the Alzheimer’s Association. www.alz.org.
Saturday
1
October

Share Your Memory of
Loretta
Upload Your Memory View All Memories
Be the first to upload a memory!
Share A Memory
Plant a Tree