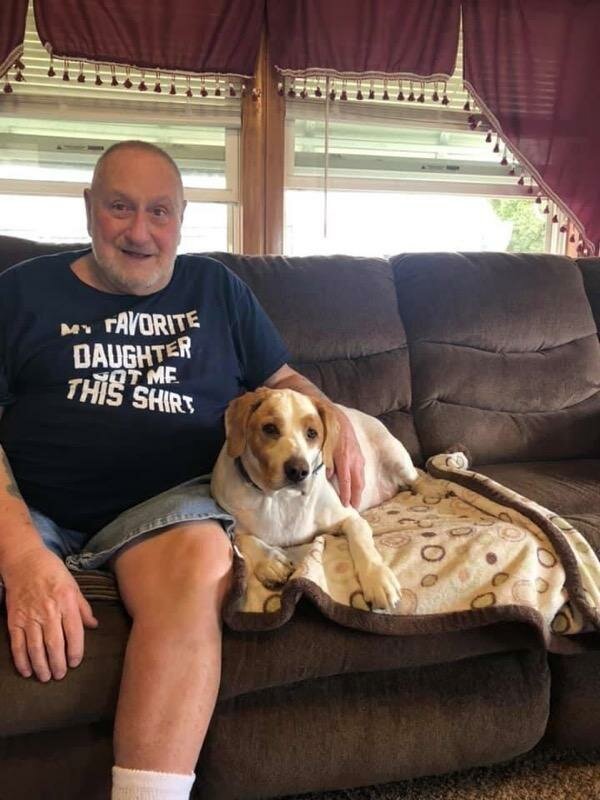 Please share a memory of Warren to include in a keepsake book for family and friends.
View Tribute Book
Warren D. “Butch” Knapp Sr., 78, of Horseheads, NY, passed away at home on Tuesday, October 4, 2022. Born in Rochester, NY on April 21, 1944, Butch was the son of Hiram Delos and Verna (Aldrich) Knapp. He attended school in Rochester. Butch was an over the road truck driver, retiring after 45 years of driving for various firms. He was a longtime driver for Berman’s Trucking in Elmira. An avid outdoorsman, Butch enjoyed hunting and fishing as well as camping. He cherished time with family and friends which may involve country music jamborees or traveling. He would check in with those closest to him on a daily basis. His phone was always at his side. Butch loved all the dog companions which he had over the years. They filled a special place in his heart with their unconditional love and devotion. Surviving is Butch’s fiancé, Cindy Brenza of Horseheads, his children, Debbie (Brad) Crane of Caledonia, Ann-Marie Tuscany of Campbell, Pamela (Roger) Gunn of Woodhull and Scott Knapp of Big Flats, his step daughter, Amanda (Ryan) Collins, grandchildren, Angela (Justin) Brown, Christina (Ryan) Schojan, Samantha Gunn, Carter McKennah) Gunn, Pierce (Maggie) Gunn, Jonai, Lindsey and several other grandchildren and great grandchildren along with many couisns. Butch was predeceased by his parents and his sons, Warren “Butchie” Knapp Jr. and Robert “Bobby” Knapp. A graveside service will be held on Saturday, October 8 at 2 pm at Woodhull Cemetery. Arrangements are with the H.P. Smith & Son Funeral Home in Woodhull.
Saturday
8
October

Share Your Memory of
Warren
Upload Your Memory View All Memories
Be the first to upload a memory!
Share A Memory
Plant a Tree