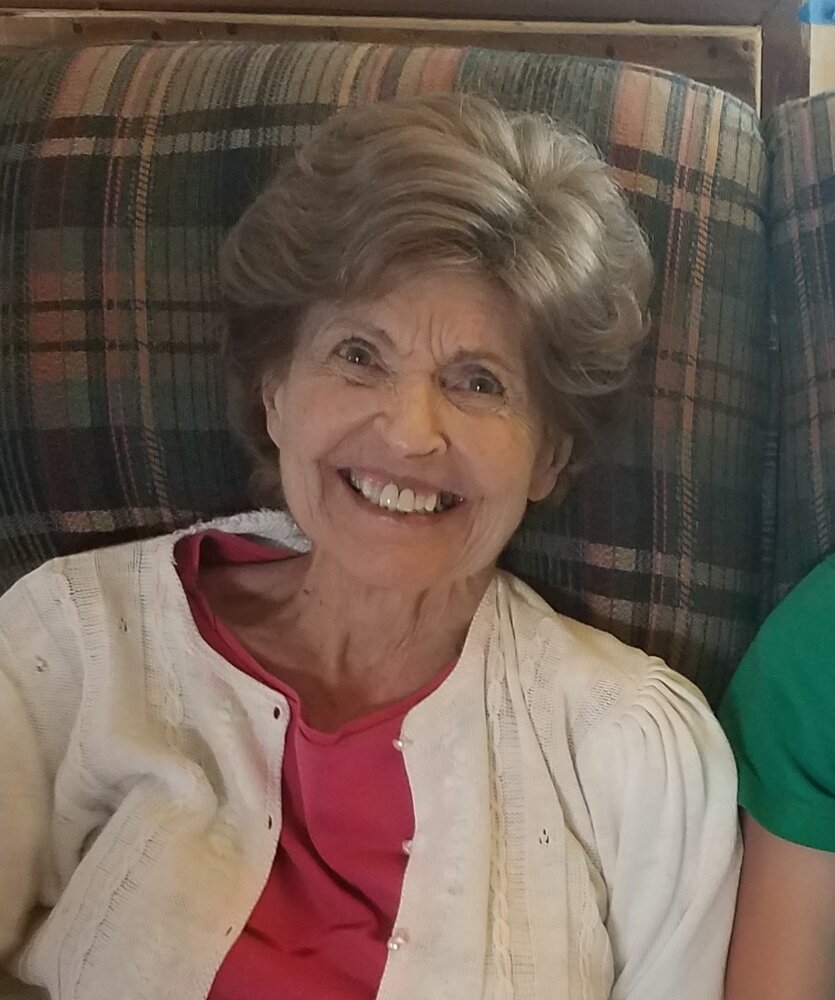 Please share a memory of Marilyn to include in a keepsake book for family and friends.
View Tribute Book
Marilyn Joyce Carter (Ritchey), age 76, went to be with her Lord and Savior on Sunday, October 16, 2022, at her home. Joyce was born April 4, 1946 and grew up in Fairfield, Pennsylvania. She made a home in Washington, D.C. before arriving in New York in the early 1970’s. She and her husband Jim built a home in the country near Woodhull, where he ran a butcher shop and she made everything else work. Over the years Joyce helped farm, made crafts, and, most importantly, raised her six children. She worked long hours to make sure the family had what it needed, and took faithful care of her husband in his final years. At the age of 61, Joyce suffered a fall that severely injured her back, threatening her life and making it unlikely she would walk again. Yet, not only did she walk, but less than a year later she was carrying her grandkids. Joyce made sure to tell everyone she met about God’s grace in healing her. Joyce will be missed by her six children: Jeff Martin, of New York; Tobey (David) Moore of South Dakota; Kelly (Michael) Menard of California; Annie (Jay) Johnson of Virginia; John (Jesse) Gardner of New York; and Joshua (Debbie) Carter of New York. She was a joyful grandmother to Aaron, Abby, Marika, Natalie, Olivia, Lindsey, Lily, Ben, Joseph, Elizabeth, Matthew, Delania, Shannan, Gil, Enoch, Daniel, Elisha, Aiden, Gwendolyn; Great Grandmother of Jayla, and Delia; sister of Dale (Sarah) Ritchey of West Virginia, and Aunt of Emily (Eric) and Jonathan. She was preceded in death by her husband, James on November 11, 2019. Services will be held Saturday, October 22 at the Community Church of Woodhull. Visitation with snacks will be from 11:00 to 1:00, with the funeral beginning at 1:00. Burial will follow at Woodhull Cemetery. In lieu of flowers, donations can be made to the Community Church of Woodhull. Arrangements are with the H.P. Smith & Son, Inc. Funeral Home in Woodhull.
Saturday
22
October

Share Your Memory of
Marilyn
Upload Your Memory View All Memories
Be the first to upload a memory!
Share A Memory
Plant a Tree