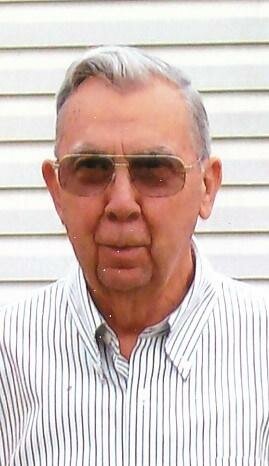 Please share a memory of Richard to include in a keepsake book for family and friends.
View Tribute Book
CANISTEO: Richard E. “Dick” Terry, 88, of Russell St. passed away peacefully Wednesday afternoon, Oct. 19, 2022 at his home surrounded by the love, comfort and care of his family after a short illness. Dick was born February 7, 1934 in Hornell to the late Robert L. and Bertha Mae (Jones) Terry. On August 17, 1957 in Canisteo, he married the former Barbara J. Tyler who predeceased him earlier in June of 2022. He was a life-long resident of Canisteo where he was a graduate of Canisteo Central School class of 1954. He was a veteran of the U.S. Army serving our country proudly and honorably from 1954-62. From 1968, he worked 24 years at the NYSDOT in Hornell as an engineer technician retiring in 1992. Dick was an avid outdoorsman who loved to fish and hunt with family and friends, particularly his grandchildren and great grandchildren. He was a long-standing member of the Canisteo Volunteer Fire Department. Dick is survived by two daughters, Nancy (Edward) Anderson of Hancock, Judith (William) Mullen of Canisteo, 5 grandchildren, Adam (Kasey) Bush, Jessica (Charles) House, Brent (Danielle) Mullen, Heather (Dustin) Saxton and Jordan (Andrew) Wellington, 10 great grandchildren, Bentley & Brayden Mullen, Chandler, Gabriel & Alice- Mae House, Adalyn & Kaileigh Bush, Emalynn & Colton Wellington and Kyla Saxton. He is also survived by two brothers Robert (Deanna) Terry of Canisteo and James (Rosemary) Terry of Trumansburg and several nieces and nephews. In addition to his parents and wife, he was predeceased by two brothers, Thomas and William Terry, two sisters, Helen Terry and Elizabeth Terry. The family will receive friends from 2-4 pm Saturday, October 29th at the H.P. Smith & Son, Inc. Funeral Home in Canisteo where a memorial service with military honors will take place immediately following calling hours at 4:00 pm. Final interment will be in Hillside Cemetery in Canisteo. Memorial contributions in Dick’s name may be made to either the Canisteo Fire Dept. 14 South Main St. Canisteo, N.Y. 14823 or to Care First (Hospice) 3805 Meads Creek Rd. Painted Post, N.Y. 14870.
Saturday
29
October