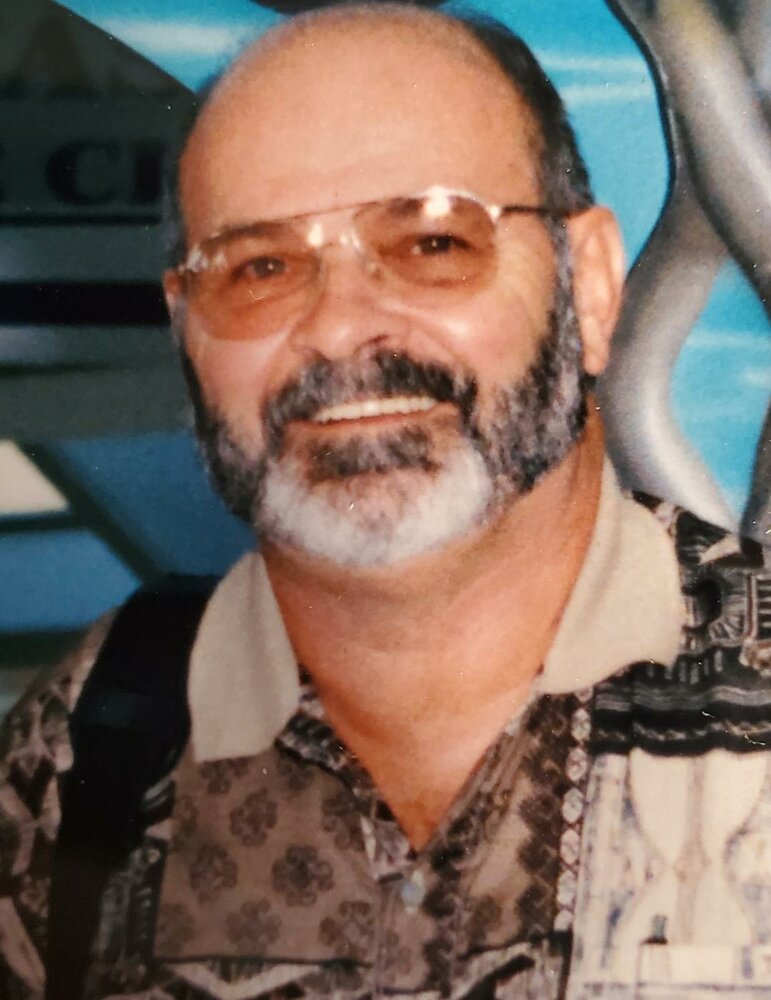 Please share a memory of Laurence to include in a keepsake book for family and friends.
View Tribute Book
SOUTH CANISTEO: Laurence P. “Larry” Padden, Jr., 76, of Ste. Rte. 36 entered into the arms of his Lord and Savior, Thursday evening, November 17, 2022 at his home surrounded by the comfort, care and love of his family after an extended illness. Larry was born December 12, 1945 in the former St. James Mercy Hospital in Hornell to the late Laurence P. and Helen (Vickers) Padden. Larry was a veteran of the U.S. Navy, proudly serving our country from 1963-66. He was stationed on the U.S. Hunley in Charleston, SC. While serving in the Navy, he met his first wife Ann O’Connor in Scotland. The couple returned to the United States, and their two children Paul and Anne Marie were born in Elmira, NY. Later, in 1971, Paul and Anne Marie returned to Scotland where they currently reside today. On November 3, 1973 in Dansville, NY - Larry married his wife Kay (Riekofski) Padden of South Canisteo. Kay and Larry met while working as Nursing Assistants at the former St James Mercy Hospital in Hornell, and both would later become Registered Nurses. Larry graduated with several award achievements from Corning Community College School of Nursing in 1985. While working full time, and attending college full time, he also devoted his time to coaching little league baseball. Larry’s devotion to exemplary patient care and outstanding conduct in the medical field, would soon advance him to the Charge Nurse role in several area hospitals in Tampa General, Orlando Regional and throughout Rochester, NY. Larry, his wife, and son Chris, later relocated to Apopka, Florida, where Larry would retire from Nursing after 8 years in the Medical Coronary ICU Department at Orlando Regional Medical Center. He had several back related surgeries, that resulted in an early retirement. Upon his retirement, the family relocated back to New York, to their current location of South Canisteo. Larry enjoyed his grandchildren, and great grandchildren immensely. He enjoyed making various pancake creations with them in the mornings. He also thoroughly enjoyed baking and gardening as much as he could, but to a lesser extent due to his various back injuries. In addition to his loving wife of 49 years, Kay Padden of South Canisteo, Larry is survived by sons Paul Padden of Scotland, Christopher Padden of South Canisteo, daughters Ann Marie (Gerry) Bagstad of Scotland and Charity (Richard) Wilson of Corning, 5 grandchildren: Trevor (Jaimie) Tumia, Anthony and Taylor Padden, Brooke Calkins and Dyllan May, 7 great grandchildren: Bayleigh, Colt, Averie, Asher, Gracelynn, Owen and Mackenna. He is also survived by two brothers, George (Marilyn) Padden and Francis Padden both of Hornell, sisters, Madelyn Dugo of Hornell, Helen (John) Schwartz of Big Flats and Monica (Donald) Nenno of SC and several nieces and nephews. In addition to his parents, he was predeceased by a sister, Judy Rechichi. Per Larry’s request there will be no public calling hours or service. A private celebration of life with military honors will be at the convenience of the family. Memorial contributions in Larry’s name may be made to either the New Hope Wesleyan Church, 280 Grand St. Hornell, N.Y. 14843 or to Care First, 3805 Meads Creek Rd. Painted Post, NY 14870. Arrangements are with the H.P. Smith & Son, Inc. Funeral Home in Canisteo.

A Memorial Tree was planted for Laurence
We are deeply sorry for your loss ~ the staff at H.P. Smith & Son, Inc. Funeral Home - Canisteo
Join in honoring their life - plant a memorial tree
Online Memory & Photo Sharing Event
Online Event
About this Event

Share Your Memory of
Laurence
Upload Your Memory View All Memories
Be the first to upload a memory!
Share A Memory
Plant a Tree