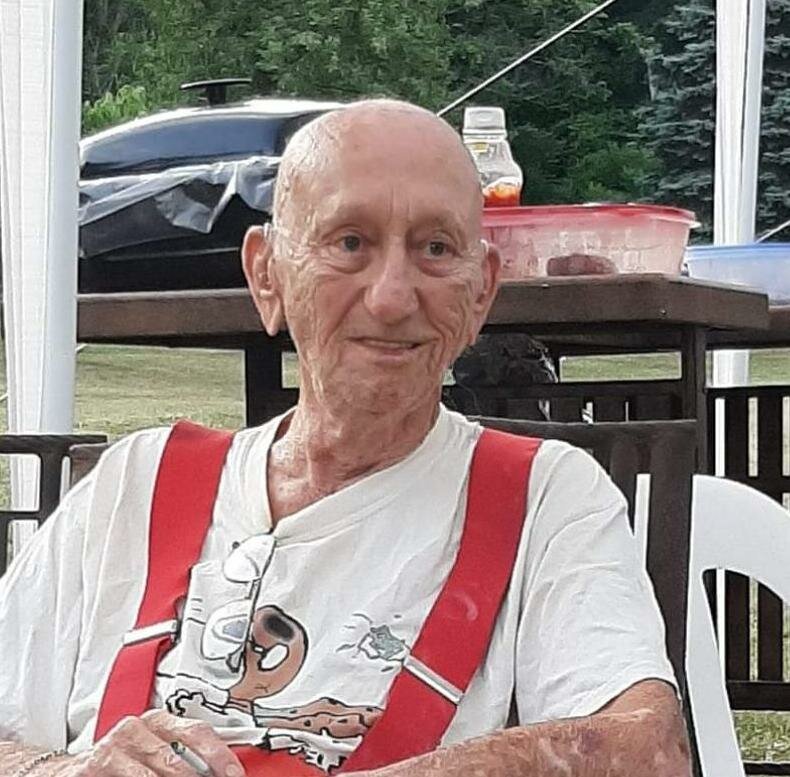 Please share a memory of David to include in a keepsake book for family and friends.
View Tribute Book
David T. Andrews, 82, of Addison, NY passed away at home on Saturday evening, November 19, 2022 surrounded by his loving family. David was born on August 31, 1940 in Corning, NY, the son of the late Wilmont and Elizabeth Sproule Andrews. Raised in the Town of Erwin, he was a graduate of the former Northside High School in Corning. Shortly after finishing high school, David enlisted in the US Navy, serving from 1959 to 1964, followed by two years of naval reserve duty. After his honorable discharge from the Navy, David was engaged in farming in the Town of Tuscarora. He eventually decided farming wasn’t for him and was hired by Corning Glass Works. During a short layoff, David worked for the Town of Tuscarora Highway Department until being called back to Corning. He retired from Corning Inc. in 1999 with 16 years of active employment. David had been a member of the Addison Eagles Club and the Williams-Greengrass American Legion Post in Addison. He was also a former member of the Tuscarora Fire Department. He was an avid outdoorsman, enjoying fishing and hunting. David is survived by his children, Becky (Steve) Chappell of Chugiak, Alaska, Carol Andrews of Addison and Jason (Susan) Andrews of Addison, 10 grandchildren, 5 great grandchildren and several nieces and nephews. Besides his parents, Wilmont and Elizabeth Andrews, David was preceded in death by his son, George Andrews on Apr. 4, 2011 and by his siblings, Delores Wheeler, Virginia Wilson, Marjorie Fisher, Paul Andrews and Betty Nitz. A celebration of life will be held on Sunday, November 27 from 3 to 6 pm at the Addison American Legion, Maple St., Addison. Furthermore, graveside military honors will be accorded on Monday, November 28 at 3 pm at Bath National Cemetery. Arrangements are in the care of H.P. Smith & Son Funeral Home in Woodhull, NY.
Sunday
27
November