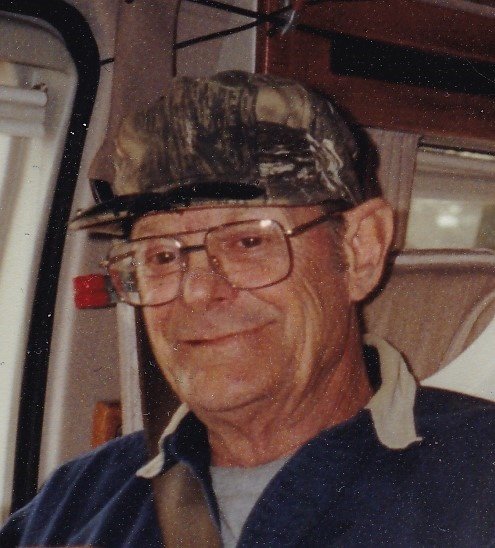 GREENWOOD — Reginald D. “Reggie” Baker, Sr. 78, of Church Hill Road, passed away peacefully Thursday morning (June 20, 2019) at his home surrounded by the love and care of his family after an extended illness.

Reggie was born June 9, 1941 in Troupsburg to the late Charles and Regina (Stephens) Baker. On Nov. 5, 1960 in Gorham, N.Y. he married the former Elsie Robinson who survives and resides in Greenwood. He was predeceased by two great-grandsons, Dennis Turner and Ian Maniske-Huff.

Reggie lived in Greenwood for the better part of his life where he had worked for many years as a truck driver for the Town of Greenwood road maintenance crew. He was a life member and proud member of the Greenwood Volunteer Fire Department who was active for 40 plus years and was always willing to lend a hand in any way he could. For a time, he was an active scout leader helping Ed Mullen with area Greenwood Scouts and he enjoyed watching NASCAR Racing favoring the race team of Rusty Wallace.

Reggie also enjoyed the company of Harry Lain and his family of Lain’s Cider Mill in Canisteo. Each season Reggie and his wife would help out around the cider mill sorting apples, assisting in making cider. He also could be found mowing the lawns, maintaining Harry’s campsite and any other little odd jobs that needed to be taken care of. Reggie’s presence will be sorely missed come cider season at Lain’s Cider Mill.

The family will receive friends from 1:30-3:30 p.m., Wednesday at the Community of Christ Church, Main Street, Greenwood, where a memorial service will take place immediately following calling hours at 4 p.m. Burial will be at the convenience of the family.

Memorial contributions in Reggie’s name may be made to the Greenwood Volunteer Fire Department, 751 Andover St., Greenwood, N.Y. 14839.

Share Your Memory of
Reginald
Upload Your Memory View All Memories
Be the first to upload a memory!
Share A Memory
Plant a Tree