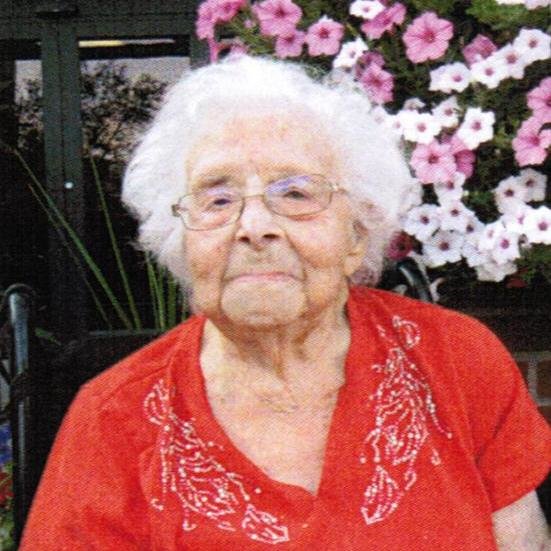 Obituary of Verda B. Leach

Born in Woodhull, NY to Harvey and Ina (Gamet) Wheaton on December 28, 1915, Verda grew up in Hedgesville, NY and graduated from Addison High School. She married Adrian D. (A.D.) Allen Jr. on December 18, 1934.

Verda worked on their dairy farm along with A.D. as well as being employed at different times at Corning Glass Works in Corning and the Keyser Glove Factory in Elkland, PA. Verda was active in the Red Hat Society while residing in Florida.

She is survived by her children and their spouses, Christine and Glenn Hendrickson of Addison, Donald and Mary Allen of Advance, NC and Dorothy Parks of Springwater, NY, 11 grandchildren, many great and great-great grandchildren and several nieces and nephews.

Verda was predeceased by her parents, her husband A.D. on Sept. 6, 1971, her second husband, Ed Monahan, her third husband, Forrest Leach, her son in law, Stanley Parks, her brother and sister in law, Harold and Inez Wheaton and grandchildren, Lisa Hendrickson Smith and Michael Hendrickson.

Friends may call on Thursday, August 22 from 2 to 4 pm at the H.P. Smith & Son Inc. Funeral Home, 1607 Main St. Woodhull, NY. A memorial service will follow there at 4 pm with Rev. Brian Diffenbacher officiating.

Burial will be in Riverside Cemetery, Knoxville, PA.