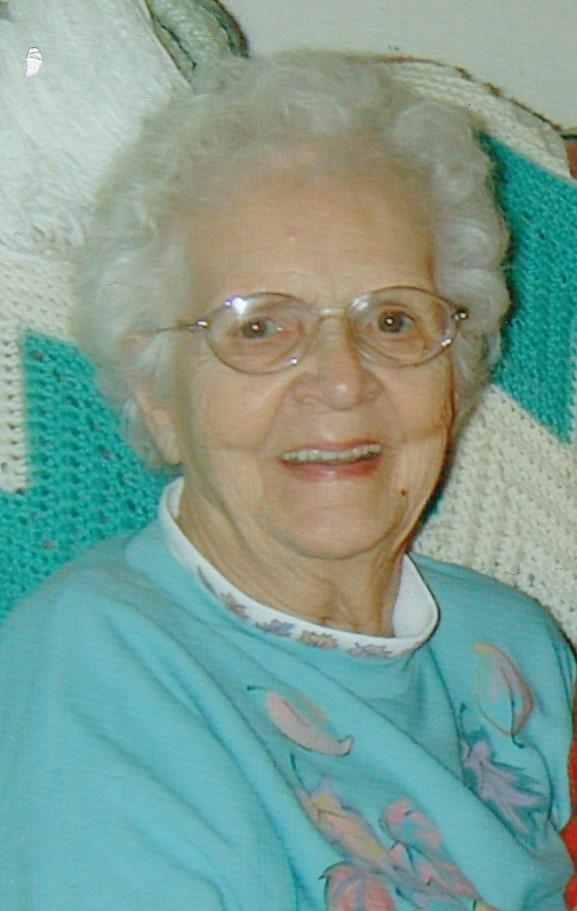 She had worked at the former Canisteo Silk Mill and during WWII she worked in Niagara Falls in American Sales Book Co. Peggy had lived the better part of her life in Canisteo where she was a devoted wife and mother and had also worked as a nurses’ aid at St. James Mercy Hospital in Hornell. After retiring from the hospital, she became a crossing guard for the Canisteo Central School district.

The family will receive friends from Noon to 2:00 pm Monday at the H.P. Smith & Son, Inc. Funeral Home, 29 East Main St. in Canisteo where funeral and committal services will take place immediately following calling hours at 2:00 pm. Burial will be in Hillside Cemetery in Canisteo.