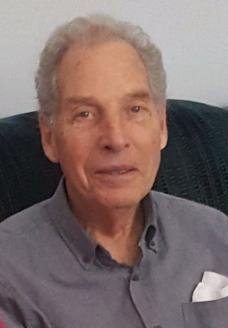 CANISTEO: Richard R. Sills, 85, of Cty. Rte. 119 passed away peacefully Monday morning, November 25, 2019 at his home surrounded by the love and care of his family after an extended illness.

Richard was born September 22, 1934 in Hornell to the late Raymond and Angeline (VanDelinder) Sills. Sixty-one years ago on July 12, 1958 in Painted Post, he married the former Joy Brennan who survives and resides in Canisteo.

Richard was a graduate of Canisteo Central School and proudly served our country in the U.S. Army from 1955-63. He attended the Midwestern School of Radio and TV Broadcasting in Chicago and worked at WDNE in Elkins, West Virginia for 3 years. Returning to Canisteo in 1960, Richard worked for Conrail as a conductor for 39 years retiring in 1989.

During his retirement Richard became an accomplished photographer who enjoyed nature photography of birds and wildlife around the area, particularly around his home and the family farm in Canisteo.

He was predeceased by a grandson, Brandon Sills in 2016 and a brother Robert Sills in 2017.

At Richard’s request there will be no calling hours or services. Burial will be at the convenience of the family.

Memorial contributions in Richard’s name may be made to the Hornell Area Humane Society, 7649 Industrial Park Rd. Hornell, N.Y. 14843.

The family would like to thank CareFirst Hospice for their compassionate service.

At Richard’s request there will be no calling hours or services.

Burial will be at the convenience of the family.