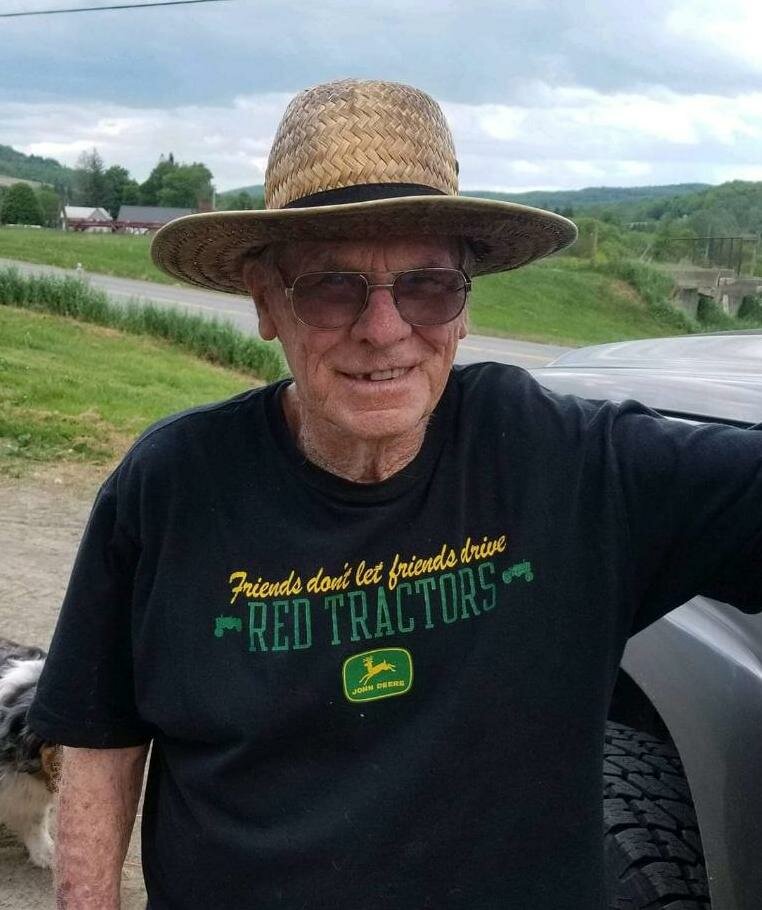 Please share a memory of James to include in a keepsake book for family and friends.
View Tribute Book
James F. Taft, 88, of Woodhull, NY, passed away at home on Friday, December 3, 2021 with his loving family by his side. Born in Hornell, NY on September 24, 1933, Jim was the only child of the late Bert D. and Altha Shealy Taft. He was a graduate of Woodhull High School. On July 17, 1953, Jim and the former Mary Jane Parker were married in Jasper. Mary Jane preceded him in death exactly 9 years prior on December 3, 2012. Jim and Mary Jane were livelong dairy farmers, operating their family dairy on County Route 103 in Woodhull. Jim had a love for green farm equipment (John Deere). The red ones just didn’t measure up in Jim’s eyes. A very generous citizen, Jim joined the Woodhull Fire Department in October 1958. He was granted life membership in May 2009. While an active member, Jim served for 12 years as an assistant fire chief. He was instrumental in the construction of a water supply pond and hydrant system designed for emergency use for the fire department. The pond was constructed on land donated by him for that purpose. He also spent many hours in the construction and development of the fireman’s grounds and pavilions behind the fire station. He was always willing to handle any task for the betterment of the fire department. He and Mary Jane were original board members of the Woodhull Community Day Committee. They served in this capacity for several years, working tirelessly to prepare for the annual celebration as well as the fund raising necessary. When young adults, they enjoyed square dancing and belonged the Valley 49ers Square Dance Club. They also rode their green snowmobile with other couples in the 1970’s. Jim was a member of the First Baptist Church of Woodhull and former member of the Woodhull Masonic Lodge. Besides his wife Mary Jane, Jim was predeceased by his daughter, Rhonda Askins on December 7, 2005, by his infant daughter, Cinda Louise Taft in 1969 and by his son in law, Loren Dennis. Surviving are his daughters, Linda Dennis of Woodhull and Brenda (Denis) Trainor of Amenia, NY, his son in law, James Askins of Swansboro, NC, his grandchildren, Heather Dennis, Kristy (Scott) Flint, Michael Dennis (Cassie Lawson), Sherry (Raymond) Cary, Curtis Dennis (Missy Palmer), Kyle (Melissa) Askins, Ryan (Heather) Askins, Mitchell (Jennifer) Trainor and Colleen (Mike) Masich, 14 great grandchildren, along with his special friend, Carolyn Sutton. Friends may call on Saturday, December 11 from 11 am to 1 pm at the H.P. Smith & Son Funeral Home, 1607 Main St. Woodhull, NY. Funeral services will be held there at 1 pm with Rev. Brian Diffenbacher officiating. Burial will be made in Woodhull Cemetery.
Saturday
11
December