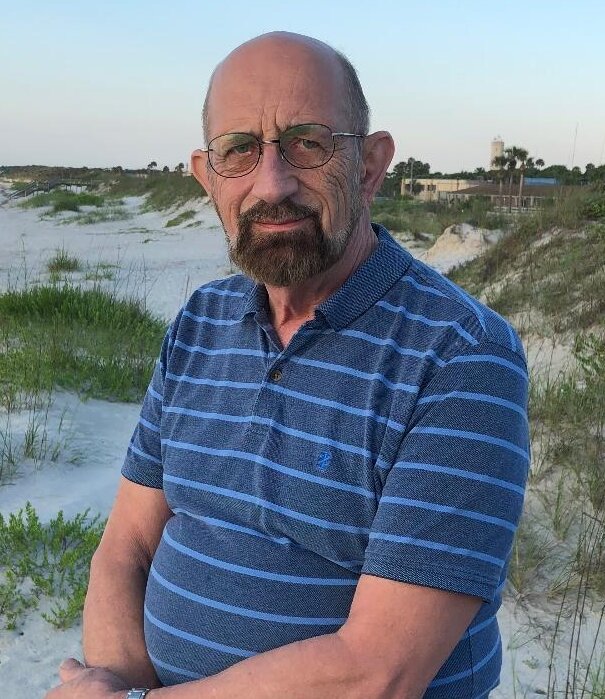 Please share a memory of Reed to include in a keepsake book for family and friends.
View Tribute Book
REXVILLE: Reed F. Sampson, 75, of Sand Rd. passed away Thursday Morning, Dec. 9, 2021 at St. James Hospital following a short illness. Reed was born June 17, 1946 in Niagara Falls, to the late Frederick and Mary Greta (McCormick) Sampson. On July 22, 1989, in Berkley, MA, he married the former Jo-Ann Stoyko, who survives and resides in Rexville. Reed retired as a Facility Engineer in Research and Development at Corning Inc. He also served our country honorably in the U.S. Navy for 26 years. He was an avid hunter and did a little fishing on the side. He was a life member of the NRA and a lifelong active member of the Greenwood American Legion, Birmingham-Burd Post 1425, where he was adjutant for several years. Reed will be remembered as a very hard worker who did not like “sitting around”. He was a “jack of all trades, master of none” kind of guy, but was very meticulous about his work; it had to be done right. His greatest passion was for his family and friends. He loved their company and enjoyed hosting parties and dinners at all times of the year, especially in the "party basement”. He is survived by his wife Jo-Ann Sampson of Rexville, two sons: Steve Sampson (Karen Meyers) of Hornell, Kevin (Jessica) Sampson of Andover, one daughter, Mary (Louis) Schrader of Friendship, his mother-in-law, Gloria Stoyko of Rexville, brothers-in-law, Butch Cox and Pete Burns both of Niagara Falls, 9 grandchildren, four nieces, a nephew, and several close cousins. He was predeceased by a son Mark Sampson, brother Duane McCormick, sisters, Karen Cox and Judith Burns, and his very best friend and Navy pal, Charles "Chuck" England. The family will receive friends from 1-3 and 6-8 pm Friday, December 17th at the H.P. Smith & Son, Inc. Funeral Home in Canisteo, where a funeral service will take place Saturday, December 18th at 2:30 pm. Burial will be in Greenwood Cemetery with military honors. Memorial contributions in Reed’s name may be made to the Greenwood American Legion Birmingham-Burd, Post 1425, Greenwood, N.Y. 14839.
Friday
17
December

Burial will be in Greenwood Cemetery with military honors.

Share Your Memory of
Reed
Upload Your Memory View All Memories
Be the first to upload a memory!
Share A Memory
Plant a Tree