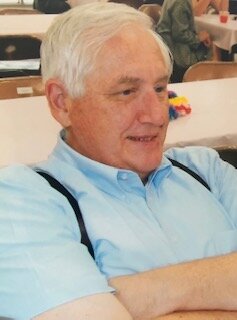 Please share a memory of Alan to include in a keepsake book for family and friends.
View Tribute Book
HORNELL: Alan C. Bliss, 74, passed away Wednesday evening, February 23, 2022 at St. James Hospital following an extended illness. Alan was number ten of eleven children born to the late Melvin and Mildred (Harrington) Bliss on June 5, 1947. A native of Troupsburg, NY, he was the second of his siblings to be born in a hospital. Alan graduated from Troupsburg Central School in 1964, one of 17 in his senior class. Legend has it that 16 of his classmates were invited to a surprise birthday party by Alan for his 12th birthday. The surprise was on his mother who had not been made privy to his party plans. He simply arrived home from school with all of his classmates and informed his family that his friends were there for his birthday party. Alan’s mother rose to the challenge, enlisted some of his siblings and put on a party. Even more surprising is that Alan lived beyond his twelfth birthday. Alan went on to graduate from Alfred Tech in 1967 and Roberts Wesleyan College in 1971. Throughout his life, Alan had a long and varied career including: air conditioning engineer, high school math teacher, farmer, banker, Farmer’s Home employee, insurance salesman, and Housing Specialist for Wyoming County Community Action. His calling, true passion and final role was as Pastor for the Hornell Free Methodist Church. Alan is survived by his beloved wife Kathleen whom he married on May 20, 1967 in Potterbrook, PA at the tender age of 19. Alan is also survived by his children: son Scott Bliss of Penfield and daughter Michele Bliss (fiancé Steven Getman) of Montour Falls; grandchildren, Noah Bliss and Nolan Ormsbee; one brother, Melvin (Rose) Bliss of Mt. Joy, Pa; sisters, Audrey Stephanian of Jasper, Judy (Joseph) Ridgeway of Syracuse and Bonnie (Dennis) Cady of Montour Falls and his many nieces, nephews, great-nieces and nephews. In addition to his parents, Alan was predeceased by five brothers, Larry, Earl, Roy, William and Arling Bliss and one sister Betty Wheaton. There will be no prior calling hours. Family and friends are invited to a funeral service Sunday February 27th at 3:00 pm at the Hornell Free Methodist Church on Washington Street in Hornell. Burial will be at later time in Mt. Hope Cemetery, Troupsburg, NY. Memorial contributions in Alan’s name may be made to the Hornell Free Methodist Church, 60 Washington St., Hornell, NY 14843.
Sunday
27
February

Share Your Memory of
Alan
Upload Your Memory View All Memories
Be the first to upload a memory!
Share A Memory
Plant a Tree