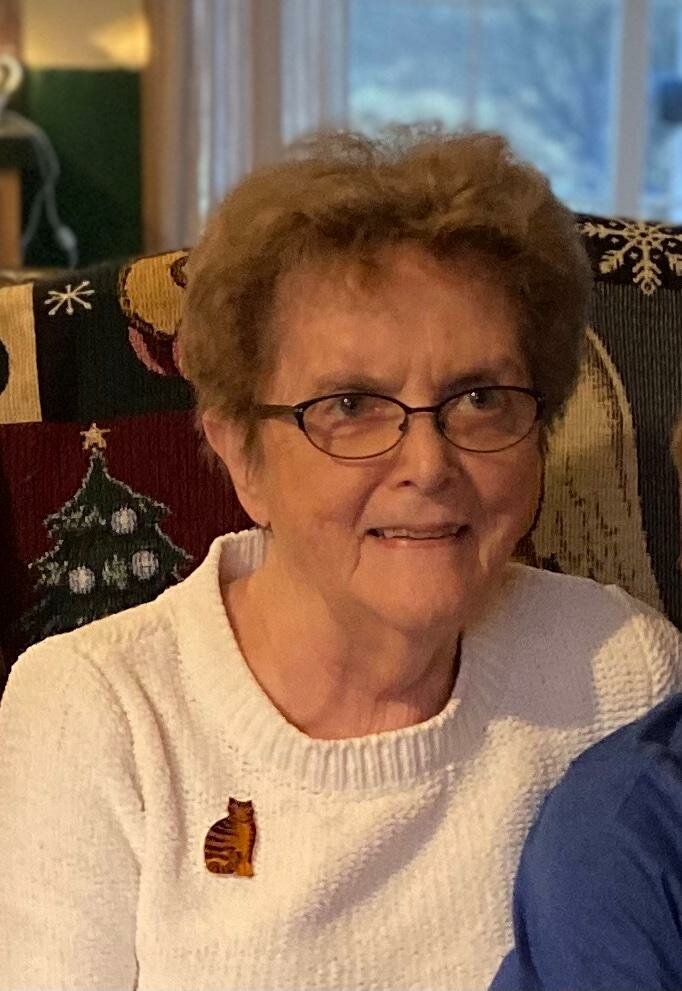 Please share a memory of Barbara to include in a keepsake book for family and friends.
View Tribute Book
CANISTEO: Barbara J. “Barb”. Terry, 86, of Russell St. passed away Saturday afternoon June 11, 2022 at St. James Hospital with her family by her side, after being stricken at home. Barb was born February 10, 1936 in the village of Canisteo to the late Leonard L. and Mary E. (Nuding) Tyler. On August 17, 1957 in Canisteo, she married her high school sweet heart Richard Terry who survives and resides in Canisteo. Barb was a graduate of Canisteo Central School class of 1954. She then went on to study and graduate from Highland School of Nursing in Rochester in 1957. After graduation she entered into her life long career in nursing. Her career started in obstetrics in Newark, NY. She moved back to the Canisteo area in 1959 to work at the former Bethesda Hospital as head nurse in obstetrics and also worked in the emergency rooms at both Bethesda and the former St. James Mercy Hospital. She left the hospital to work in physicians’ offices both as a RN and pediatric nurse practitioner. Barb worked multiple years in public health in pediatric clinics providing needed health care in the rural areas. She finally found her calling working in the Hospice Care, going to patients’ homes to give spiritual, as well as palliative care. Barb was a member of the First United Methodist Church in Canisteo, member of the Stitchery Club and the Stephens-Gray Class. She was awarded the Canisteo Rotary Club’s Citizen of the Year Award for her dedicated service in palliative care in the Canisteo Valley and was a board member of the Bethesda Foundation. In addition to her husband, Barb is survived by two daughters, Nancy (Edward) Anderson of Hancock, Judith (William) Mullen of Canisteo, 5 grandchildren, Adam (Kasey) Bush, Jessica (Charles) House, Brent (Danielle) Mullen, Heather (Dustin) Saxton and Jordan (Andrew) Wellington, 10 great-grandchildren, Bentley & Brayden Mullen, Chandler, Gabriel & Alice-Mae House, Adalyn & Kaileigh Bush, Emmalyn & Colton Wellington and Kyla Saxton. Barb is also survived by a sister Bette Hammond of Canisteo, a sister-in-law, Priscilla Tyler of NC and nieces and nephews. She was predeceased by a sister, Jane Mullen and a brother Jerry Tyler. The family will receive friends from Noon-3 pm Saturday, June 18th at the H.P. Smith & Son, Inc. Funeral Home in Canisteo where a funeral service will take place immediately following calling hours at 3:00 pm. Burial will be in Hillside Cemetery in Canisteo. Memorial contributions in Barb’s name may be made to either the Canisteo First United Methodist Church, 37 Greenwood St. Canisteo, NY 14823 or to Care First (Hospice) 3805 Meads Creek Rd. Painted Post, NY 14870.
Saturday
18
June

Share Your Memory of
Barbara
Upload Your Memory View All Memories
Be the first to upload a memory!
Share A Memory
Plant a Tree