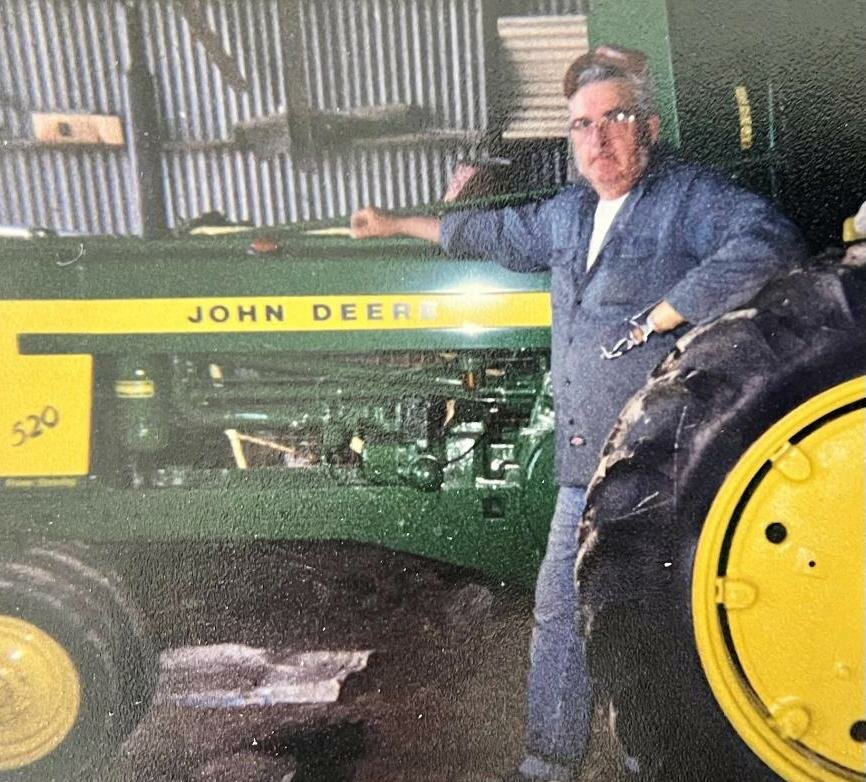 Please share a memory of Stephen to include in a keepsake book for family and friends.
View Tribute Book
Stephen W. Cady, Sr. peacefully entered his eternal home surrounded by his family on July 16, 2022. Born on January 27, 1946, he was the son of Howard E. Cady, Sr. and Leona J. (Easton) Cady. Steve was preceded in death by his parents, Howard and Leona; his father-in-law, Walter S. Everitt, Jr.; mother-in-law, Evelyn R. Everitt; grandson, Brock Howard Cady; granddaughter, Alannah Cheyanne Burke; son-in-law, Ryan Herold; nephew, David Cady; brothers-in-law, Richard McIntosh, Frank Trunell, Clair Everitt, Gary Clemens, and Jennings “Dave” Sawyer; and sister-in-law Debra Clemens. He is survived by his wife of 55 years, Cynthia M. (Everitt) Cady; his children, Stephen, Jr. (Stephanie) Cady, Nicolai (Susana) Sanchez, LeeAnne (Christopher) Jordan, Joseph (Priscilla) Cady, and Marjorie (Richard) Austin; grandchildren, Dalton (Autumn) Cady, Parker (Madison) Cady, Skyler Cady (Kurt Amidon), Jimena Sanchez, Cade Herold, Madison Herold, Ariel Alligood, Amar Alligood, Emily Welch, Cameron Welch, Matty (Tanner) Hall, Sarah Tice, and Parks Austin; great-grandchildren, Marley Mae Cady, Sloane Love Cady, and Steven Everitt Cady. Steve was looking forward to the upcoming birth of his fourth great grandchild, Brock Atlas Cady. Also surviving are Steve’s brothers, Dennis (Bonnie) Cady, Dean (Pamela) Cady, Howard Cady, Jr.; sisters Jean McIntosh and Joanne Trunell; sisters-in-law, Elizabeth Sawyer, and Andrea Everitt; and a very large extended family. Steve was a 1963 graduate of the Troupsburg Central School, where he was an active member of the FFA. Following high school, he attended Alfred State College until he was drafted, serving in both the Army and the Army Reserve. He met Harold Power on the bus to Fort Dixa and the two became lifelong friends, often entertaining their families with tales of their adventures. Steve thought of Harold’s daughter, Sherri (Chuck) Kolz, as one of his own children. Steve spent many years of his life serving the Troupsburg Community. He was a member of the Troupsburg Central School Board of Education for ten years, during the majority of which he was the Board President. During the years that Steve was the Troupsburg Superintendent of Highways, he formed lasting friendships with Carl “Codge” Warren, Layton Warren, Terry “Bones” Gunn, and Rick Gunn. The crew was close on and off the road, and enjoyed visiting each other to reminisce long after their retirements. Prior to working for the town, Steve was a carpenter and the co-owner of Potter and Cady Construction along with his business partner, Gilbert Potter. Throughout his career, he was employed by Dresser Rand, Cranco Products, and Fitzwater’s Tire and Alignment. Retirement brought Steve the opportunity to do the things that gave him the most joy. He was typically found with his brothers on the family farm, or working with his son and daughter-in-law as they grew their beef cattle herd. A fan of John Wayne and the Yankees, and a firm believer in John Deere; together Steve and Cindy enjoyed watching westerns and baseball games, and restoring and repairing tractors. Often, they raised and processed their own meat and produce and took pride in hosting Sunday dinners for their large family. They were known to make their own maple products from tapping trees on their land. Hunting, fishing, and raising and counting cattle were among his hobbies; and along with tending a hay field, were the things he provided the most advice about to those who were lucky enough to learn from him. Above all else, his wife and the family they raised were the most important things in his life. He loved spending time with his grandchildren and great-grandchildren, and especially enjoyed holding and talking to them as babies. Greatly missed will be Steve’s ability to teach others how to build or fix things by doing it alongside them, his knack for reciting “poetry,” and the way he could carry on a conversation with a genuine interest in what was being said, typically finding opportunities to bring in one of the one-liners that he was famous for or a bit of timely advice. Steve’s family would like to extend a special thank you to the nurses at the Falck Cancer Center; especially Amber and Cali, who met his wit head-on and made time to visit him during his last days. In lieu of flowers, donations can be made to the Falck Cancer Center, 600 Roe Ave., Elmira, NY 14905. Friends and family are invited to pay their respects at the H.P. Smith and Son Funeral Home in Woodhull, NY. Calling hours will be on Wednesday, July 20 from 2:00 – 4:00 pm and from 6:00 – 8:00 pm, with the funeral service there on Thursday, July 21 at 2:00 pm, with Rev. Brian Diffenbacher officiating.
Wednesday
20
July

Share Your Memory of
Stephen
Upload Your Memory View All Memories
Be the first to upload a memory!
Share A Memory
Plant a Tree