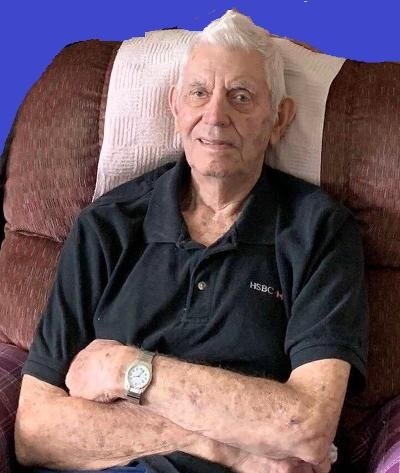 Please share a memory of Otis to include in a keepsake book for family and friends.
View Tribute Book
Otis L. Shoemaker, age 97, formerly of Rochester passed away at home in Troupsburg on Sunday morning, December 11, 2022. Otis was born March 25, 1925 in Manyaska, Minnesota. He was the son of the late Charles and Celsa Crissinger Shoemaker. Otis married Waneta Gunn in South Carolina on September 6, 1978 and she survives him at home. Otis was employed by Atlantic Richfield Company (ARCO) as a fuel tanker driver, where he retired from. They enjoyed many years camping and traveling around the U.S. They worked the Camper Assistance Program (CAP) and made many friends during that time. Otis had a mind like a steel trap and right up until the day of his passing. Otis is survived by children Lorraine (Stewart Allen) McNeill of Lindley, Rick (Theresa) Gunn, Wanda Gunn, and Sandy Gunn, all of Troupsburg and many grandchildren, great grandchildren, great-great grandchildren, nieces, and nephews. He was preceded in death by children Linda Sawyer, Jerry and Terry Gunn, his sisters Evelyn and Mary Lou, and brothers Donald, Lee Roy, Calvin, and Lester. Following his wishes, there will be no services. Arrangements are in the care of H.P. Smith & Son Funeral Home, Canisteo, NY.

A Memorial Tree was planted for Otis
We are deeply sorry for your loss ~ the staff at H.P. Smith & Son, Inc. Funeral Home - Canisteo
Join in honoring their life - plant a memorial tree
Online Memory & Photo Sharing Event
Online Event
About this Event

Share Your Memory of
Otis
Upload Your Memory View All Memories
Be the first to upload a memory!
Share A Memory
Plant a Tree