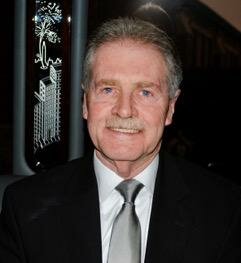 Please share a memory of John to include in a keepsake book for family and friends.
View Tribute Book
CANISTEO; John E. Cain, 75, of Stephens St. passed away unexpectedly at home Monday December 12, 2022. John was born June 6, 1947 in Johnson City to the late James and Elizabeth (McKernan) Cain. On July 31, 1976, he married the former Catherine “Cathy” Morse who survives and resides in Canisteo. In addition to his wife, Cathy, John is survived by two daughters, Theresa (Ted) Anderson of Portland, ME and Marcie (Ryan) Fountaine of Madison, NJ, four wonderful grandchildren, Max and Henry Anderson and Nora and Tess Fountaine. He is also survived by a niece Marie Sicuro (TJ Long) of Port Jervis and a nephew James (Roberta) Cain of Morgantown, WV. He was predeceased by his brother and partner in crime, Francis Cain. After graduating from Wyalusing Area High School in 1965, he attended Mansfield State University for a degree in Education, continuing on to obtain his Master’s degree in Education Administration at Scranton University and his Superintendent Certificate from SUNY Brockport. After teaching elementary school in Pennsylvania, John became the K-12 principal at Jasper Central School in 1973. He transitioned to the elementary principal position during the Jasper Troupsburg district merger, fostering the education of generations of students, before his retirement in 2012. John was a lifelong Catholic who was active in Our Lady of the Valley Parish, the Ancient Order of the Hibernians, and regularly volunteered at the former Rural Ministry. His Irish spirit will be remembered by his friends and family for his gift of conversation, his love of laughter, and his genuine warmth and generosity. He will be greatly missed by all who knew him. The family will receive friends from 1-3 and 6-8 pm Friday, December 16 at the H.P. Smith & Son, Inc. Funeral Home in Canisteo, where a Hibernian service will take place at 7:30 followed by closing prayers at 8 pm. A funeral mass will be held Saturday, December 17 at 10:00 am at St. Ann’s Catholic Church in Hornell. Burial will be in St. Basil’s Cemetery in Dushore, Pa on Monday, December 19 at 12 pm. Memorial contributions in John’s name may be made to either the Food Bank of the Southern Tier at foodbankst.org or to the Make a Wish Foundation of Western NY at wish.org/ny.
Friday
16
December

Share Your Memory of
John
Upload Your Memory View All Memories
Be the first to upload a memory!
Share A Memory
Plant a Tree