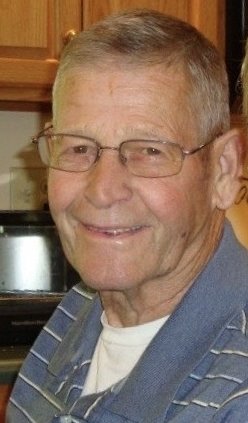 Dale was born June 10, 1938 in Hornell, the only child of the late Milton and Katherine (Sutfin) Houghtaling. On September 26, 1958 in Canisteo he married the former Bonnie Jean Preston who survives and resides in Canisteo.

Dale started his working years at a very young age mowing the grounds at a local cemetery and peeling potatoes at the former Kull’s Diner, in Almond. Digger finished his last days on the job as an Operating Engineer of heavy equipment after nearly 30 years with the L.C. Whitford, Co. of Wellsville, retiring in 2000.

After retirement Dale continued to keep busy with his many “hobbies” which consisted of remodeling cottages, restoring wrecked, beat-up old cars and painting them, to name just a few.

He was a “Jack of all trades and Master of many”. Those who knew him, knew the quality of his work. He was particularly recognized for his attention to detail when it came to painting cars. Dale was also talented when it came to woodworking. Building cabinets for his home, helping his children with their remodeling projects, one of his favorite remodeling tools being a chainsaw. He also operated his own sawmill for a time in Obe’s Glen, Canisteo, and enjoyed riding his motorcycle.

Dale had a pleasant smile, a keen sense of humor and loved the company of his family and friends.

At Dale’s request there will be no calling hours or services. Burial will be at the convenience of the family.

Memorial contributions in Dale’s name may be made to Hornell Area Humane Society 7649 Industrial Park Rd. Hornell, N.Y. 14843or charity of donor’s choice.

At Dale’s request there will be no calling hours or services.

Burial will be at the convenience of the family.

Share Your Memory of
Dale “Digger” M
Upload Your Memory View All Memories
Be the first to upload a memory!
Share A Memory
Plant a Tree