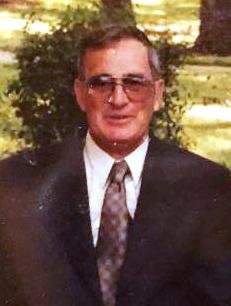 Don was born in Corning on February 28, 1939. He was the son of Raymond and May (Risley) Farrand.  He was a 1957 graduate of Jasper Central School.

During the time he was acquiring his education, Don married Anna M. Houghtaling in Athens, GA on October 26, 1962.

Don began his career working for the New York State DEC. He then became a long time teacher of agriculture, conservation and heavy equipment operation at SCT BOCES in Horseheads, NY. He was an instructor and advisor for FFA and 4H for many years and oversaw an Adopt a Highway program for 11 years. After his retirement from BOCES, Don returned to the DEC as a seasonal groundskeeper.

Don had a long history as a Mason. He was raised in May 1960 at Robinson Lodge F&AM in Jasper. He served in Jasper as Master for 4 years, an assistant Grand Lecturer in the Steuben District for 4 years, Grand Sword Bearer for 2 years, North Star Steuben District Chairman for 3 years and thrice Potent Master for the Corning Lodge of Perfection for 5 years. He was a 32nd Degree Scottish Rite Mason.

Don was a current member of the NYS Conservation Council since 1980, Sons of the American Revolution, Fraternal Order of the Eagles, Steuben County Historical Society, former Town of Woodhull Historian for 3 years, NYS Hunter Safety Instructor, Retired Educators of Agriculture on NY, Vigilance Society of Steuben County, NYS Agriculture Society and has been honored many times by these groups.

Don was preceded in death by his parents, Raymond and May Farrand, his son, Steven VanZile and his sisters, Nancy White and Joan Jackson.

Friends and family may call on Thursday, December 19 from 1-3 and 6-8 pm at the H.P. Smith & Son Inc. Funeral Home, 1607 Main St. Woodhull, NY. A Masonic Service will be conducted at 7:30 pm during evening visitation.

Burial will be in Woodhull Cemetery.

Share Your Memory of
Donald
Upload Your Memory View All Memories
Be the first to upload a memory!
Share A Memory
Plant a Tree